India pale ales have emerged as the most popular style for modern craft beer drinkers. But do you love them enough to get an IPA tattoo? If you do, one brewery is willing to give you a year's worth of their beer for free.

Devils Backbone Brewing in Virginia — known for their signature Vienna Lager (and being acquired by Anheuser-Busch back in 2016) — announced this week that they'd teamed up with Jake Karamol, a tattoo artist who has become a phenomenon thanks to his over 2 million TikTok followers, on a "free year of beer giveaway."

Scoring your free suds is a bit of a contradiction: as simple as it is difficult. Karamol has created three tattoo designs based around the Devils Backbone beer Buck Tradition IPA series, which itself features four different types of IPAs that inspired the different tattoo designs. In what's being called the "Buck Tradition Tattoo Challenge," the first 100 people 21 years old or over who get one of these tattoos from now until June 30 (either from Karamol or a tattoo artist of their choice) will receive a gift card for for one year's worth of Buck Tradition IPAs. 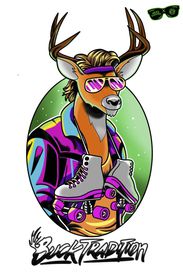 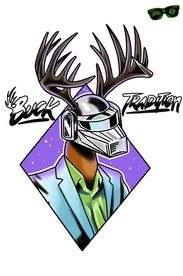 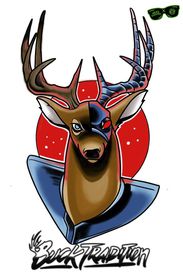 "Craft beer is a fun act of rebellion," Hayes Humpheys, Devils Backbone's COO, said, comparing beer and tattoos. "Most OG craft breweries were started by guys that just didn't really fit into a 'normal' career path. IPAs have long been the liquid manifestation of their rebellious spirit because they taste so distinctly different from everything else in the history of beer."

Before you get your ink, a couple important notes from the official rules (which I would always suggest reading yourself before permanently altering your body). First, residents of Alabama, California, and Texas aren't eligible. Entrants also have to "post to Instagram a photo of their tattoo, a photo of them receiving the tattoo, and the signature of the tattoo artist who gave it to them" so make sure you document the event. Finally, the gift card is worth $480 — or about $9 per week — which, depending on your drinking habits, may not feel like the equivalent of beer for a year. (Plus, you're paying for the tattoo.)

Still, if you think "I got a tattoo to get free beer" is the kind of story you'd like to tell until your tats resemble the work of Salvador Dalí, this promotion would certainly be up your alley.