Franzia launched his own wine brand after his family sold their famous boxed wine brand in 1973.

The name Franzia is more connected to inexpensive wine than you may realize. Most people know America's best-selling boxed wine brand, which was founded in 1906 by Teresa Franzia. But decades later, when the Franzia brand was sold, a descendent — Fred Franzia — helped create the Bronco Wine Company. And in 2002, Bronco launched a new wine brand exclusively at Trader Joe's called Charles Shaw — colloquially referred to as Two Buck Chuck. Another bargain wine revolution was born.

Fred Franzia passed away yesterday at the age of 79. "It is with profound sadness the Franzia family and Bronco Wine Company announce the passing of proud father, CEO, founding partner, and wine industry icon, Fred T. Franzia," Bronco posted on its Facebook page. "Fred passed early this morning at his Redwood home in Denair, California, with family by his side."

Bronco Wine was founded in 1973 by Fred, his brother, and his cousin with "the vision of creating high quality wines at a value for wine consumers," the post stated. "Core to his vision was a belief that wine should be enjoyed and consumed on every American Table."

By many metrics, his vision was a success. Bronco reportedly has over 100 brands — including wine and other alcoholic beverages — with Wine Spectator stating that the company is the 13th largest wine marketer in the U.S., selling 3.4 million cases last year. The Charles Shaw brand alone was estimated to have sold about one million cases.

Franzia came from a strong wine pedigree. Not only did his parents own the Franzia wine brand until selling it in 1973 — the same year Fred launched Bronco — but his uncle by marriage was Ernest Gallo, one of the founders of E. & J. Gallo Winery, according to the San Francisco Chronicle.

The Chronicle also points out that Fred attracted plenty of controversy — and not just for his love of low-cost wine: In 1994, Franzia pled guilty to fraud charges for falsifying the grape varieties on his wine labels, forcing him to step down as company president and relinquish his voting rights on its board for five years.

Still, Franzia's personal dealings aside, even after his passing, the legacy of Two Buck Chuck will live on for a generation of Trader Joe's shoppers who were willing to toss the once-$1.99 — now typically $2.99 — bottles of wine into their cart with reckless abandon.

Fred is survived by his five children — Renata, Roma, Joseph a.k.a. "Joey," Carlo, and Giovanna — and fourteen grandchildren. No cause of death was given. 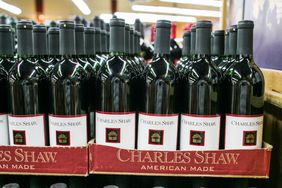 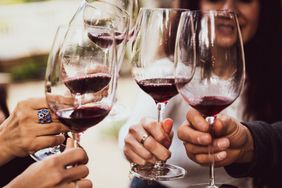