This Halloween, don't just look the part; live the part.

Like many (many, many, many!) brands have done recently, Franzia — perhaps America's most well-known boxed wine — has embraced the idea of launching an online merch shop. These shops are fun at first, especially if they launch with something interesting: When Franzia's shop debuted last September, the signature item was a backpack designed to hold and dispense boxed wine. (Great.) But subsequent new items often don't benefit from the same level of novelty: A new line of summer clothing is still just wine-dispenser-less clothing.

So when Franzia announced they had a couple of new costumes for Halloween, allowing adults to dress up like a box of wine — well, yeah, they had those last year. But this year, the brand has added a noteworthy feature that might grab your attention: The 2021 Franzia boxed wine Halloween costumes actually pour wine.

"Blurring the line between costume and reality, this year's Franzia boxed wine outfit has a trick and a treat up its sleeve," the wine brand boasts. "The new design includes an internal side pouch that can carry a full bag of Franzia. When worn over the shoulder underneath the costume, the wearer can dispense wine to become a human box of Franzia!"

The costumes cost a bit more this year ($40 instead of $25) but it sounds like the money has gone to a worthy upgrade. Franzia also says that this year's costumes now feature glow-in-the-dark text, and are available in two new styles: Franzia Dark Red Blend and Franzia Rich & Buttery Chardonnay.

And speaking of life of the party, also mentioned in the announcement is that Franzia has released an "upgraded version" of the aforementioned Franzia-dispensing backpack. It's not entirely clear how you improve upon a backpack with an opening for a pour spout, but, hey, who am I to question the experts in this particular field?

These and other goodies are currently available on the Franzia online shop — and it has multiple shipping options to make sure you get your costume in time for Halloween. 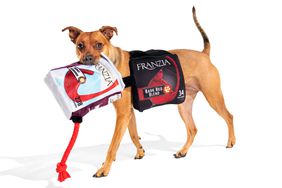 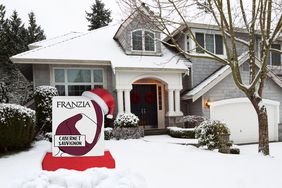 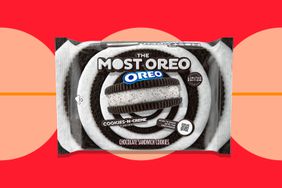 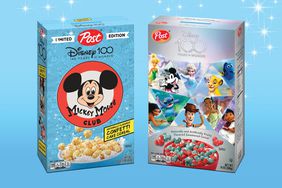 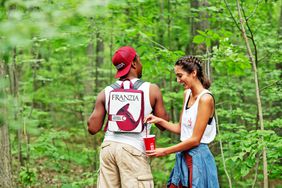 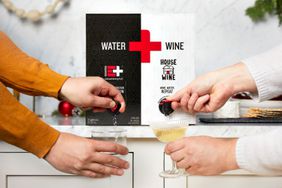 Wine and Water Now Come in One Single Box 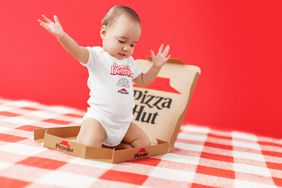 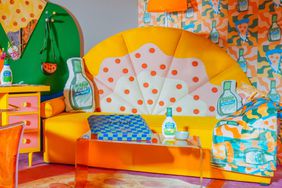 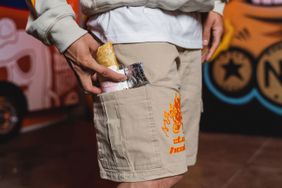 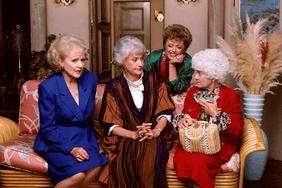 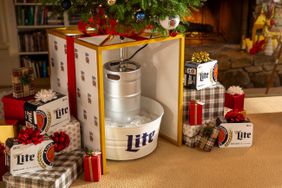