France Will Spend Nearly $300 Million to Save Its Wine Industry

Stinky cheese and arty cinema aside, few things are as iconically French as wine. And this week, officials in France once again insisted that they weren’t going let a little global pandemic undermine generations of winegrowers and the cultural impact the wine industry has had on their society.

On Wednesday, Prime Minister Jean Castex invoked this historical significance in announcing a further increase in aid. “Supporting our winegrowers in the face of the crisis also means safeguarding our common heritage and its artisans,” he wrote on Twitter. In a separate statement, he explained, “The state will increase to €250 million [about $294 million] its support plan to wine growing, and we will request this aid to be distributed as quickly as possible because cash needs are pressing.”

As that statement implies, this increase in funding isn’t the first time the French government has stepped in to aid the wine industry—which has felt a double-whammy, slammed by the drop in demand due to the coronavirus and also still faced with lost sales due to last year’s increase in American tariffs. In May, France approved an approximately $150 million program that would pay vineyards to have excess product distilled into ethanol, providing an unfortunate (if not completely wasteful) end for over 250 million bottles of wine. Then, in June, another round of support was approved, this time also allocating over $17 million for a private storage scheme, offering a safe haven from destruction for another 250 million-plus bottles' worth of wine, according to Reuters.

This new $95 million in relief will offer multiple types of compensation, according to the AFP, including money from a European economic relief fund and further payments for distillation.

However, some in the French wine industry—who have been fighting for a larger piece of the relief pie since the beginning—fear that the current amount still may not be enough. One estimate from wine growers pegs the total loss in revenue at $1.75 billion with over $410 million needed to stay afloat. And in places like Burgundy, some winemakers want more money for wine storage and more efforts to improve the export market. “We don’t have any excess production in Burgundy,” Thiebault Huber, president of the federation of official Burgundy appellations, said back in May according to the AFP. “We only have two years’ worth of stocks, so we don’t distill.” Speaking to Decanter this week, Huber stated this latest round of relief still wasn't enough, saying he was hoping for “much more.” 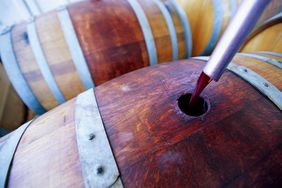 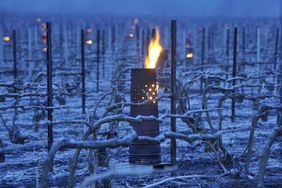