At Food & Wine, we're always on the lookout for the best new bites — we continually travel all over the country to check out buzzy new restaurants and taste the best products on the market. Today, we're looking into our crystal balls to predict what you'll be seeing on your dinner table in 2017. Spoiler alert: It's shaping up to be a delicious year.

There are lots of variations of the classic pizza pie — from niche regional varieties to cheffed-up plays on the form. One of the food world's favorites this year? Detroit style pizza, with its thick, focaccia-like crust and toppings tucked beneath the cheese. Beyond Motor City limits, grab a taste of Detroit's iconic pie at Blue Pan Pizza in Denver and Emmy Squared in New York City.

With Japanese imports, like Osaka-based noodle chain TsuruTonTan, arriving in New York late last year, and homegrown spots like Ima in Detroit, these fat, chewy noodles are stepping into the spotlight.

Cauliflower may be the current "it" ingredient of Q1, but celery will be coming on strong in 2017. The mellow stalk is popping up in trendy restaurants all over the country — getting the kimchi treatment at Maybeck's in San Francisco to playing the starring role in chef Ignacio Mattos' artful salad at Estela in New York City.

It's boom time for pasta, with more restaurants than ever exalting the art of the noodle. In Charleston, Michael Toscano gives the Italian noodle Southern flair at Le Farfalle, and anticipation continues to build for Evan Funke to open Felix in Los Angeles. Plus, cookbooks are preaching pasta's virtues to home cooks, with Sicily by Melissa Muller. Get in on the action by ordering Missy Robbins' must-order malfaldini at NYC hotspot Lilia.

Put your spoon down and step away from it. Restaurants around the country are deploying dessert menus you can really dig into — with your hands. At Willa Jean in New Orleans, pastry chef Kelly Fields serves her chocolate chip cookies with a dough-flecked beater, and you can get your hands dirty with the pillowy monkey bread at Dan Kluger's Loring Place in New York City.

Chefs are finding more and more reasons to swap all-purpose flour with other grains, like spelt and buckwheat. 2016 F&W Best New Chef Kevin Fink mills up to 15 grains at time at his aptly named Emmer & Rye in Austin, while fellow BNC alums Jeremiah Stone and Fabian von Hauske make buckwheat the base of their chocolate-hazelnut tart at NYC's white-hot wine bar Wildair.

Spices like rose and cardamom are showing up in popcorn, nut butters, ice cream and caramels. Rose perfumes saffron popcorn from Oregon's Masala Pop, while cardamom joins gingersnaps in a scoop at 68-year-old, small-batch McConnell's Fine Ice Cream based in Santa Barbara, California. You can also catch a whiff of orange blossom in La Boîte's Apollonia N.29 Chocolate Popcorn.

We're entering a golden age of bakeries with cultish new spots attached to restaurants — or striking out on their own. Instagram star and pastry chef Antonio Bachour opened his first project, Bachour Bakery + Bistro in Miami, while in Los Angeles, celebrated pastry chef Roxana Jullapat is opening Friends and Family, a bakery and lunch spot with former Cooks County chef Daniel Mattern. Carbo-load now with the spinach and feta pie from Mah-Ze-Dahr or red-eye danish at High Street on Hudson, both in New York City.

The sugarcane spirit is having a moment, with new rum-focused distilleries setting up shop across the country, like District Distilling Co. in Washington, D.C., Rocker Spirits in Littleton, Colorado, and Albany Distilling Co. in Upstate New York. And we're seeing a bump in bars with False Idol in San Diego, Cane Rhum Bar in Charleston and BlackTail in New York City.

Coconut sugar is becoming increasingly popular as a granulated sugar replacement. Pastry chefs are following suit, like Michelle Karr-Ueoka who relies on reduced apple juice and coconut sugar for her desserts and Tracy Obolsky who opts for maple glazes and apple cider to make dairy-free caramel as she works on her permanent location of Rockaway Beach Bakery in New York City.

This vibrant root, prized for its antioxidant and anti-inflammatory effect, is showing up everywhere — in Golden State Lattes at The Butcher's Daughter's in NYC to spice rubs. It's on restaurant menus, too, with chef Louis Tikaram's coconut clams with sea beans at E.P.&L.P. in Los Angeles.

An influx of new businesses are looking to transform the food delivery space, from early-to-market outfits, like Maple, to ever-expanding meal kits, like data-based Plated and international healthy service Hello Fresh. Uber debuted restaurant delivery service UberEats in over 50 cities, while David Chang's Ando is a delivery-only restaurant and will continue to expand their NYC zone this year.

More blockbuster chefs are getting into the QSR space, bringing their haute sensibilities to an everyman audience. Daniel Patterson and Roy Choi continue to evangelize Locol throughout California, while Del Posto's chef Mark Ladner and pastry chef Brooks Headley left the Italian icon to open their own spots, respectively gluten-free pasta spot Pasta Flyer and vegetarian-focused Superiority Burger, both in NYC. Now the Eleven Madison Park team is readying to open their first fast-casual spot in New York City, Made Nice.

Daytime dining continues to dominate, thanks to chefs like Jordan Kahn building beautiful breakfasts at Destroyer in Los Angeles and the packed Tartine Manufactory in San Francisco. April Bloomfield makes the midday meal a special occasion with the lunchtime-only chopped cheese at White Gold Butchers in New York City.

More chefs are closing the sourcing gap and breaking ground on their own farms, like Jessica Koslow in Los Angeles. Greg Baxtrom plants green gifts from friends and fellow chefs in the backyard of Olmsted in Brooklyn. 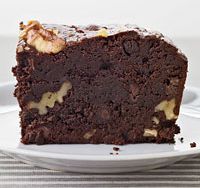