Food Across America: Portland, ME

F&W's roundup of the best restaurants in Portland, including two terrific spots run by Best New Chefs. For more great restaurants, check out our guide to the best places to eat in the country.

To be honest, Portland wasn't exactly a culinary wasteland before. Chef Sam Hayward's 11-year-old Fore Street is one of the Northeast's great restaurants; at Hugo's, chef Rob Evans (an F&W Best New Chef 2004) prepares a truly avant-garde menu. And then there's Browne Trading Company, the seafood supplier to many of New England and New York's best kitchens.

But after my weekend in Portland, I realized that its food scene has gotten all-around terrific. Over at Five Fifty-Five, chef Steve Corry has spent the last four years perfecting dishes that emphasize local ingredients, like fennel-crusted Casco Bay monkfish. Chef Abby Harmon of Caiola's is obsessed with grains, and I had an addictive dish of grano (pastalike pearled wheat) and carrots in a creamy tomato sauce there. Caiola's also pours Greek wines by the glass, which are hard to find even in Manhattan.

But the biggest surprise I found in Portland might well be its emerging cheese scene, especially since The Cheese Iron opened last summer. Launched by Vincent Maniaci, who apprenticed at England's legendary Neal's Yard, and his wife, Jill Dutton, the sunny store has a small aging cave and an excellent selection, from local Kennebunkport Dry Jack to a European favorite of mine, nutty Tête de Moine. It also carries good-looking sandwiches, sterling silver cheese knives, about 200 wines and even hard-to-find charcuterie like lachsschinken, a German cold-smoked pork. One of the few things the Cheese Iron doesn't have? Lobster. 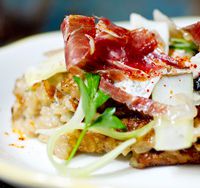 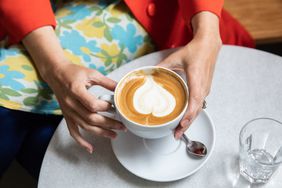