Pour some residuals in your cup.

If we asked you to finish the rest of the sentence "The best part of wakin' up is…" you probably wouldn't just say "Folgers in your cup," you'd sing it. That now-iconic jingle has been a constant part of the brand's TV and radio commercials for over 30 years. In the past 12 months, the composition — which is also known as "Real Snowy Morning" — has earned $11,746.52 in royalties, due to its continued usage by the coffee company.

If you're pretty sure that this seemingly eternal earworm could stick around for another several decades, then you might be interested in trying to buy its royalties. That's right: the Royalty Exchange is currently accepting bids on the future royalties from the jingle. The auction started with an opening bid of $63,000 and, as of this writing, the current high bid is $78,400.

The auction's winner will take over the ownership of the songwriter's share of "public performance royalties," which means that you'll make money every time it's used in a Folgers commercial; played on TV, in films, or on AM/FM or satellite radio; or streamed on the internet. Is paying close to $80 grand worth it? Maybe, if you're in this for the long-ish game. The Royalty Exchange says that the song has earned $38,164.19 in royalties in the past decade, with over $20,000 of those royalties coming in during the past two years.

The jingle was written in 1984 by Leslie Pearl, a Pennsylvania-born singer-songwriter who had a semi-hit two years earlier with her song "If The Love Fits Wear It." That song made it to #28 on the Billboard Hot 100, and to #7 on the Adult-Contemporary chart. She also wrote songs for Karen Carpenter, Crystal Gayle, and Kenny Rogers before she composed that absolute classic for Folgers. (During her time as an "independent jingle writer," she also wrote Ford's "Built Ford Tough" jingle, as well as commercial-length catchiness for AT&T, Gillette, Heineken, and Pepsi.)

According to Folgers, the original jingle has been adapted into "country, gospel, jazz, R&B, folk, Celtic, and a capella versions." It has also been covered by other artists, including Aretha Franklin, Randy Travis, and, uh, Rockapella. (If you're still humming the Folgers song, then you can fully expect Rockapella's Where in the World is Carmen Sandiego? theme to burrow into your brain, too.)

The Folgers auction ends on Thursday, September 30 at 5 p.m. EST so, by this time tomorrow, the best part of waking up for somebody is going to be the realization that they own that song. 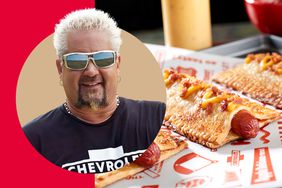