The robotic cook can now be hung from the ceiling and prepare more than a dozen different foods.

For some Americans, “flipping burgers” is an early stop on a path toward a bigger career. And that’s the case for some robots, too. Flippy—everyone’s favorite (or at least the coolest-named) burger-flipping robot—is getting a major overhaul. And though his moniker might still imply that he’s little more than a burger flipper, this robot’s position in the kitchen is movin’ on up… figuratively and literally.

Today, Miso Robotics—the California company that introduced Flippy back in 2017—announced its latest incarnation of its signature robot, called Flippy ROAR. That new acronym stands for “Robot on a Rail,” which also explains where Flippy will now find himself in the kitchen. Whereas the original Flippy was situated like a short order cook, “standing” on the ground facing the grill, ROAR takes Flippy’s robotic arm and places it on an upside-down rail which can “be installed under a standard kitchen hood and allows Flippy to move along a line of kitchen equipment, tucked away out of the path of busy cooks,” the company wrote.

It’s easy to see why Miso would make this adjustment: Putting Flippy on the floor certainly gave the robot a nice human touch—like he’s one of the team—but kitchens are crowded spaces, with employees often already tripping over each other without a massive robot arm to worry about. Now, presumably, there will be no more screaming, “Flippy, get the out of the way!” only to realize that though Flippy can cook a mean burger, his listening skills aren’t so hot.

“Flippy ROAR was a practical move based on the direct feedback we were getting from major quick service restaurant brands. They wanted a lower cost for deployment, a lower footprint and even greater functionality,” Miso Robotics CEO Buck Jordan told me via email. “We evolved our design accordingly—Flippy ROAR is half the cost, zero footprint, and can now cook more than a dozen foods. While the cart form of Flippy can be moved around within a kitchen, it isn't ideal for high volume kitchens and restaurants. Flippy ROAR will still work side-by-side with humans as a collaborative kitchen assistant, which we view as the future of Quick Service Restaurant kitchen automation.”

As Jordan alluded to, Flippy is becoming smarter as well. “The team has continued to make breakthroughs in the artificial intelligence software that powers Flippy,” Miso continues. “This has resulted in software that has greatly expanded the food categories that Flippy can cook [to] over a dozen types of fried food including chicken wings, onion rings, popcorn shrimp, sweet potato waffle fries, corn dogs and more.”

“It was incredible to see the efficiency with which the team adapted Flippy to a rail,” Dr. Ryan Sinnet, CTO of Miso Robotics, said in the announcement. “In my mind, that validated the software platform approach we took in designing Flippy's brain.”

Miso Robotics says that the new Flippy ROAR will be commercially available by the end of 2020 as the company opens up a new equity crowdfunding round. And that comes after what was a busy 2019: Miso writes that, thanks to “the debut and extended contracts for Flippy at Dodger Stadium, Arizona Diamondbacks’ Chase Field, and multiple CaliBurger locations across the U.S., [Flippy served] more than 15,000 burgers and more than 31,000 lbs. of chicken tenders and tots.” Give that robot a raise! Actually, the fact that you don’t have to give him a raise is one of the reason he has a job to begin with. Never mind. 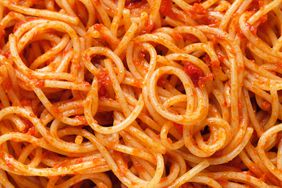 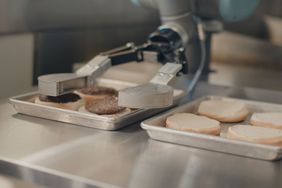 Rise of the Machines: A Burger Flipping Robot Is About To Start Work at a Fast Food Chain 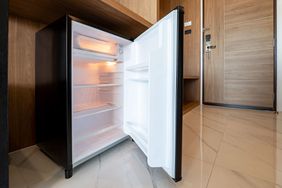 Sorry, but You Shouldn't Store Leftovers in Your Hotel Mini Fridge