Beyond a bit of flying nostalgia, “Taste of Finnair” is also allowing the airline to hire back some staff.

Due to the COVID-19 pandemic, you probably aren't flying as much as you used to. But for business class flyers on Finnair, they can still eat the same grub. The Finnish airline—already known for teaming up with Michelin-starred chefs—is testing selling its more upmarket meals in a local grocery store.

Starting this week, Finnair is piloting a new "Taste of Finnair" program to sell prepackaged meals inspired by its business class offerings at a K-Citymarket store in Vantaa, Finland. According to CNN Travel, the menu—billed as contemporary Nordic offerings with a touch of Japanese flair—will change every two weeks featuring two main course options and, on the weekends, an appetizer. The first items up for sale are "smoked char and chanterelle risotto" or "beef and teriyaki-radish sauce, spring onion and rice" (for about $15 each) with a "roasted carrot and blue cheese mousse [with] hazelnuts" starter arriving Friday to Sunday (for about $7).

One noteworthy difference between these meals and the ones on flights is that these dishes have less salt and spices than those served in the sky as diners' taste buds aren't dulled when eating on the comfort of the ground, according to the AP.

For customers, the meals may offer some nostalgic appeal (or for those used to flying coach, a chance to try something new), but Finnair Kitchen Vice President Marika Nieminen explained the program's importance to their staff as well. "We have been looking into options for expanding Kitchen's operation outside flight catering since spring," she said in a statement. "This project has been especially great, as so many of Kitchen's employees are temporarily laid off and we can now create new work and employment for our people." They've reportedly already hired back about ten employees to get this new program off the ground.

Speaking of which, Finnair Kitchen says if Taste of Finnair is successful, they could expand into other stores in the future. CNN says things got off to a good start: Nieminen told the network that they sold about 100 meals in the first couple hours. 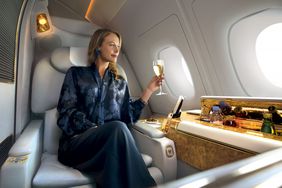 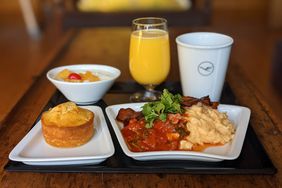 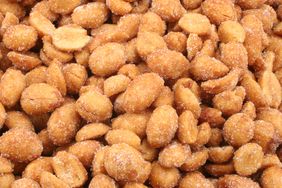