The homage to the classic condiment is a collaboration with Brooklyn-based MSCHF art collective.

OK, be honest: have you ever dipped a French fry in ketchup, then carefully applied it to both lips, like some kind of lightly salted gloss? If so, then you're going to be very into this limited edition collaboration between Rihanna's Fenty Beauty brand and Brooklyn-based art collective MSCHF.

The unexpected crossover is called "Ketchup or Makeup?" because that's exactly what it is. For $25, you can score a box of six squeezable packets that contain either Fenty's Gloss Bomb Lip Luminizer or actual ketchup. You won't know what's what until you tear one of them open, and you're either getting a lightly shimmering lip luminizer or a mouthful of smashed tomatoes.

Daniel Greenberg, MSCHF's co-founder, said that there will be a mixture of both ketchup packets and lip gloss in every package. "[The gloss] is not ketchup flavored, but that would've been cool," he said. "It's just basic Fenty lip gloss." 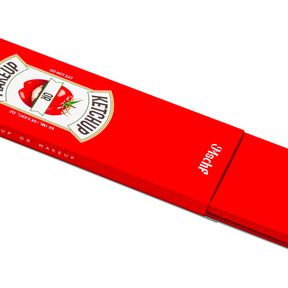 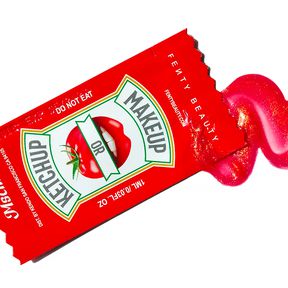 Greenberg said that MSCHF based "Ketchup or Makeup?" on a fake advertisement that they ran in one of the early issues of MSCHF magazine. "Then years later it became real in this drop," he added.

Even if you don't recognize MSCHF by name, you've almost certainly seen some of their work, which materializes in twice-monthly, ultra-limited drops. In addition to their now-notorious Lil Nas X "Satan Shoes" that kept Nike's attorneys busy for several weeks, they've also produced "Illegal Chips," a trio of potato chip flavors based on foods that are prohibited in the United States. (Those artificially flavored provocations tasted like horse meat, Italy's Casu Marzu "maggot cheese," and fugu, the potentially poisonous pufferfish that's served primarily in Japan.)

Another previous drop was called "Stolen Stories," which allowed everyone to "steal" Instagram stories that amateur influencers recorded at over 50 high-end restaurants — like Alinea, Carbone, French Laundry, and Masa — which could then be posted to your own account.

"We wondered how to give away the ability to flex without spending any of the money, and what we landed on was this idea of Instagram Stories," Greenberg told VICE at the time. "I wouldn't say we did any user research, but just anecdotally, when you post yourself at a fancy restaurant, everyone replies [to your story] like 'Oh my God, amazing.'"

And, just last month, MSCHF deployed its own ice cream trucks to sell frozen treats that looked like five different billionaires, including Bill Gates, Mark Zuckerburg, and Elon Musk. Their so-called "Eat the Rich" popsicles were available for three days in New York and Los Angeles. As of this writing, the MSCHF x Fenty Beauty collab is still available to purchase through the Ketchup or Makeup? website, ketchupormakeup.com.

Or you can always assemble your own Ketchup or Ketchup? set by hitting up your nearest drive thru. 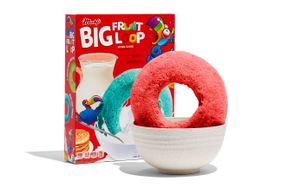 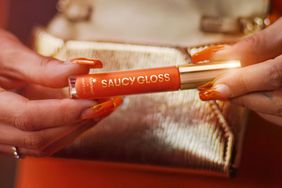 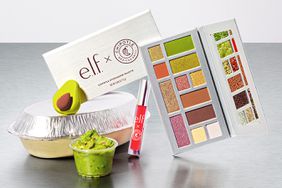 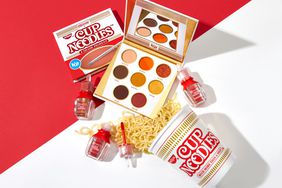 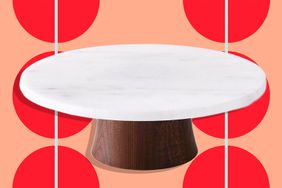 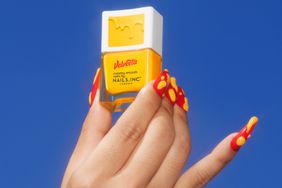 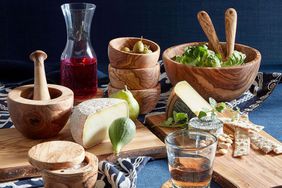 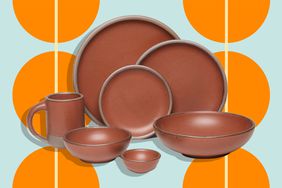 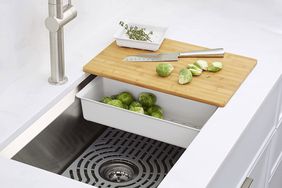 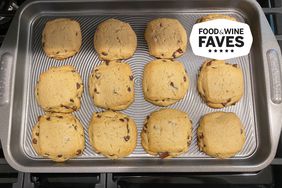