The FDA has proposed a change to the definition of "healthy," and breakfast cereal brands, in particular, could suffer.

Breakfast may be known as the "most important meal of the day," but from piles of bacon to boxes of donuts, it's often not necessarily the healthiest one. Many cereal brands aren't any better — it's probably safe to say no one has dug out the marshmallows from their Lucky Charms and congratulated themselves on a well-balanced meal. But the FDA is currently looking to change its official definition of "healthy," and if they do, a number of popular cereals will reportedly no longer make the cut.

Late last month, the FDA announced a proposed change to the qualifications foods must meet to label themselves as "healthy" — a term first defined by the agency in 1994. The FDA explained that the proposed new rules are intended "to better account for how all the nutrients in various food groups contribute and may work synergistically to create healthy dietary patterns and improve health" as opposed to the current definition which is based solely on individual nutrients.

"Under the proposed definition," the FDA wrote, "more foods that are part of a healthy dietary pattern and recommended by the Dietary Guidelines would be eligible to use the claim on their labeling, including nuts and seeds, higher fat fish (such as salmon), certain oils and water."

However, as the FDA admits, the changes could also force some foods to drop their healthy claims — and one example the agency has tossed around multiple times is breakfast cereal, in large part due to the proposed definition's increased emphasis on added sugars.

"The current definition permits manufacturers to use the claim 'healthy' on some foods that, based on the most up-to-date nutrition science and Federal dietary guidance, contain levels of nutrients that would not help consumers maintain healthy dietary practices (e.g., certain ready-to-eat cereals that may be high in added sugars)," the proposed rule states. "Thus, we believe that the 'healthy' claim definition needs to be updated in order to ensure that products bearing the claim are the products that may help consumers maintain healthy dietary practices."

Cereals were also mentioned in the FDA's announcement of the proposed rule change as an example of a food that would have to "adhere to specific limits for certain nutrients, such as saturated fat, sodium and added sugars." The agency continues, "a cereal would need to contain ¾ ounces of whole grains and contain no more than 1 gram of saturated fat, 230 milligrams of sodium and 2.5 grams of added sugars."

Health and Human Services Secretary Xavier Becerra explained that getting people to understand that our knowledge of what is "healthy" has changed since 1994 is kind of the point. "Too many people may not know what constitutes healthy food," he stated. "FDA's move will help educate more Americans to improve health outcomes, tackle health disparities and save lives."

But don't be surprised if some currently "healthy" food producers decide to object to the proposed rule change. It's currently open for comment until December 28. 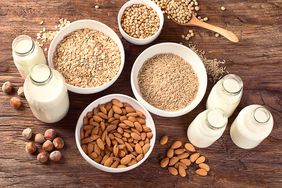 What Defines 'Milk?' The FDA Wants Your Opinion 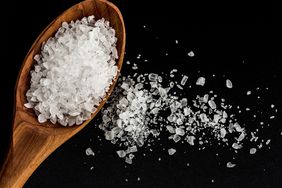 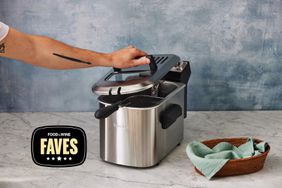