Here's Why Your Can of Craft Beer Burst Open

Whether by accident or somewhat by design, the can is not infallible in the craft beer world.

Now that cans have become craft beer's coolest packaging, I find myself buying a lot of aluminum. Just last Thursday, I was hauling my latest purchases down to the cellar when I heard a pretty serious pop. One of the cans in my right hand, a hazy IPA, had burst at the seam of the lid, sending about a third of a can's worth of beer from the ceiling to the floor. I was left with plenty of clean up, but thankfully, nothing worse. Though I'd once or twice had a homebrewed bottle of beer explode, it was the first time in my 25 years of drinking I could ever remember a can exploding.

I later found out that the beer in question had been recalled after "suffering from a re-fermentation in pack." (I'll refrain from naming names because I believe the brewery took all the proper steps on this issue.) "We will be doing our utmost to understand the problem and will update in due course," the brand wrote in the recall.

In my case, the exploding can was an accident. As craft brewers have pushed beers to be more experimental, they've also introduced more elements to consider and control. In general, yeast will do a brewer's bidding, but these microbes are living organisms and, sometimes, they'll do as they please. If too many fermentable sugars are left in a can, and remaining yeast (either wanted or unwanted) find the right conditions, they can eat through these sugars, release carbon dioxide, and potentially, cause a can to burst. It's not a common scenario, but for any number of factors, it's occasionally possible.

But coincidentally to my exploding can conundrum, just this week, the site Good Beer Hunting published a story on the subject titled, "The Unfortunate Trend of Exploding Cans in Craft Beer." Their article, however, looks at an even stranger phenomenon: Cans that will almost inevitably explode if not properly cared for.

One example: In the pursuit to push the boundary of beer flavors, some breweries have taken to adding fruit into canned beers at the very end of production. As a result, these beers are jam-packed with fermentable sugars, and if brewers don't eliminate all the yeast, the cans can be extremely volatile. Good Beer Hunting points to New Jersey's Magnify Brewing which literally put an image of a bomb on their Trade Proof Fruited Gose and put a warning on social media that "It is imperative that these cans remain cold at all times!" Temperature is key because yeast become more active in warmer temperatures and can go dormant in cold temperatures.

To be fair, as I found out last week, exploding beer cans aren't as dangerous as an actual bomb. Still, should a brewery even be selling cans it knows has a likelihood of exploding if not handled properly? "It's important that people understand education is a huge part to make sure everyone knows what they're buying," Magnify's Eric Ruta told GBH. "Obviously, you're not going to be used to cans exploding, so you have to realize this is very serious. We really, really need to make sure everybody realizes that."

Though "buyer beware" might sound like an odd argument for grabbing a cold brew, Ruta offered up another example. "If you go to the grocery store to buy milk and leave it in your car for two days, then drink it, you're going to get sick," he said.

Regardless of whether you agree with Ruta or not, the larger takeaway here is clear: Whether by accident or somewhat by design, beer cans can—on very rare occasions—explode under some conditions. Importantly, the vast, vast (vast!) majority of beer cans won't explode. With the exception of far-out brews like the Magnify example above, all breweries invest a lot of time to make sure their packaging doesn't break, if only because exploding beer is lost revenue and recalls are expensive. But as Ruta implies, the beer world has changed and it's important for consumers to understand that bursting cans are a possibility… if only so you don't feel so shocked when a can bursts while you're taking it down to your cellar. 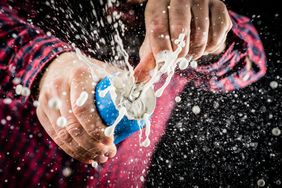 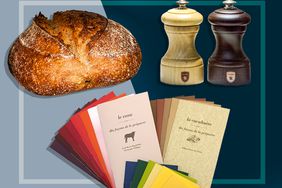