Popular language app Duolingo has partnered with bagel shops in five cities for the giveaway.

Who doesn't want to learn a new language? Like skydiving or sailing around the world, it's one of those things everyone says they want to do whether they have any intentions of doing so or not. But now, Duolingo—the app that answers the question, "Would you rather actually learn a new language or just scroll through Instagram?"—is sweetening the deal to start using their platform... a free bagel and schmear!

In celebration of the launch of their newest language, Yiddish, Duolingo—which bills itself as "the most popular language-learning platform and the most downloaded education app worldwide"—has partnered with bagel shops in five cities to offer a free bagel on Tuesday, April 6 to anyone who attempts to order the Jewish dietary staple in the Jewish dialect. And of course, these bagels come with a free schmear because, just like the word "bagel," the term "schmear" also comes from Yiddish.

"To order, customers will have to give their best attempt at saying 'Ken ikh hubn a baygl mit shmirkeyz' or in English, 'I would like a bagel with schmear,'" the announcement explains. But even if you're close enough, "you can leave with breakfast on Duolingo!"

Here are the participating shops:

Yiddish is the 40th language Duolingo offers, and the company says that though Yiddish was once spoken by as many as 13 million people, around 600,000 still speak the traditionally Ashkenazi Jewish language to this day. "Yiddish is spoken all around the world, and even if you've never heard of the language before, we bet you probably already know some Yiddish words," the company wrote.

But do you know enough to get a free bagel? On April 6, you can find out. 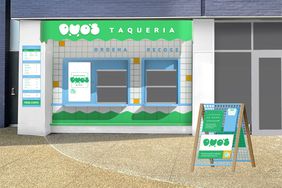 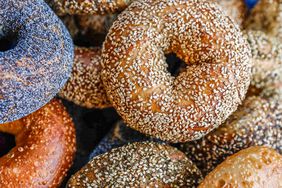