The non-dairy option started rolling out earlier this year.

If your go-to coffee order includes a non-dairy option in place of milk, you may be excited to know that Dunkin' has just made a trendy plant-based replacement available on its menus nationwide. Starting today, oat milk will be an optional addition to espresso or regular coffee and tea drinks in all of the chain's approximately 9,600 U.S. locations.

With the demand for plant-based milks increasing in recent years as consumers have opened up to alternatives such as soy-, coconut-, and almond-based beverages, oat milk, in particular, has been a popular product swap in coffee shops for its flavor and texture, especially in steamed beverage applications. For its oat milk of choice — which is being showcased in a new menu addition, the Iced Oatmilk Latte — Dunkin' has partnered with Planet Oat, a producer that the announcement says is the "market leader" in the category. The announcement also advises that oat milk added to any order — including espresso, chai, or matcha lattes — may come with an additional charge.

If you feel like you've seen oat milk on the Dunkin' menu before, you're not imagining things: The rollout actually started in California in early 2020, with a wider release initially announced for spring. Today's official nationwide rollout also happens to coincide with the earlier-than-ever arrival of the chain's fall menu, including a pumpkin spice latte which, yes, can now be ordered with oat milk.

Of course, these days when one major coffee chain jumps on a trend, it's only natural to wonder when another will also hop on board. For its part, Starbucks started to offer oat milk at select Reserve locations beginning in 2019, and in January 2020 began a gradual rollout to what is now about 4,700 locations across the Midwest and California as of this writing, a spokesperson confirmed. No plans for bringing oat milk to all Starbucks locations nationwide have been announced just yet. 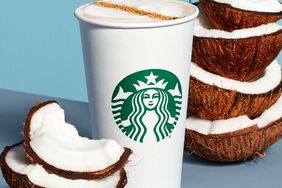 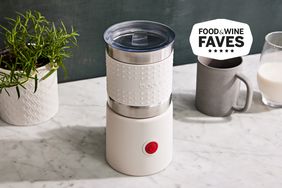 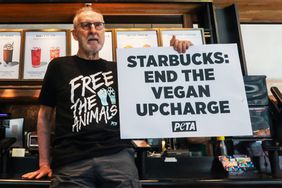 Why Actor James Cromwell Glued His Hand to a Starbucks Counter 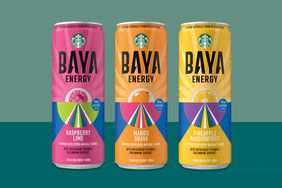 Starbucks Now Has Its Own Energy Drink (That Isn't Coffee) 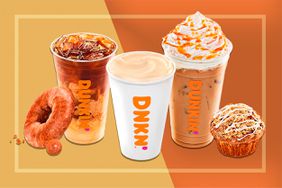