Some brands are offering free hand sanitizer to locals while others are donating directly to hospitals.

Liquor trends always seem to be evolving. Whiskey was super hot which helped fuel a gin boom—that is, until rum tried to make its move. But now that the coronavirus outbreak is dominating all the headlines, the biggest trend in distilling has become… making sanitizer?

Despite what some internet rumors have speculated, no, you can’t use vodka to make hand sanitizer (the proof is too low), but that hasn’t stopped spirits producers from chipping in to help alleviate the current sanitizer shortage brought on by the COVID-19 pandemic. Yesterday, I wrote about how Absolut in Sweden had offered to start making high-proof alcohol that can be used for sanitation purposes, but it turns out that’s just the tip of the iceberg. Distilleries of all sizes around the globe are making similar pledges to help out where they can.

In other Scandinavian news, Finland’s state-owned Altia distillery has promised to start making enough ethanol to produce up to 200,000 bottles of sanitation gel per day, according to The Drinks Business. And closer to home, plenty of American distilleries are also focusing their efforts on making alcohol solution over 60 percent—which is what the CDC recommends as the minimum for sanitation purposes.

On the East Coast, North Carolina’s Durham Distillery and Georgia’s Old Fourth Distillery and Moonrise Distillery have all touted their sanitizer-making efforts. Elsewhere, Oregon’s Shine Distillery is doing the same thing on the West Coast, and Destileria Serralles—producer of Don Q Rum—is even producing a 70-percent ethyl alcohol solution on the island of Puerto Rico, along with fellow rum distiller Bacardi.

Each of these American distillers is taking a slightly different approach in their distribution. Old Fourth was offering to fill empty bottles with its own hand sanitizer for free to people who visited the distillery, and Moonrise and Shine were giving out hand sanitizer to locals as well. Meanwhile, Durham and Serralles were instead donating their sanitizer directly to hospitals and healthcare organizations for use in sanitizing surfaces.

“Given the critical health scenario that Puerto Rico is experiencing, we have refocused our manufacturing operations to produce ethyl alcohol and donate it to hospitals and public health providers,” Philippe Brechot, president and CEO of Destileria Serralles, said in his announcement. “This type of product is recommended to help prevent COVID-19 when used as a sanitary agent and disinfectant. The company will be coordinating logistics with hospitals, eligible organizations and health providers throughout the island.”

Update Friday, March 20: This article has been updated to include the Bacardi distillery. 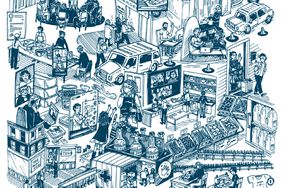 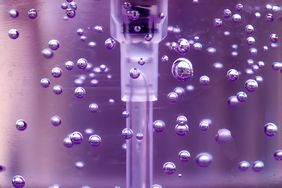 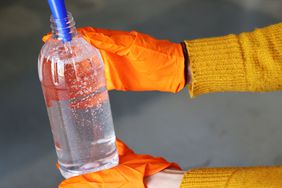 Distilleries Are Stuck with Too Much Sanitizer As Sales Stabilize 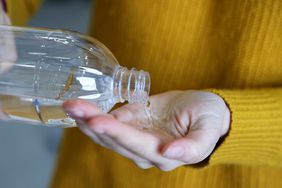 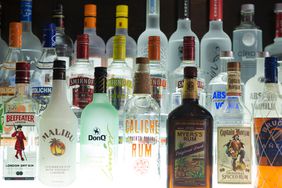