The theme parks already work with Second Harvest Food Bank, but the nonprofit is about to get an additional windfall.

Disneyland is open today—with the Hollywood Reporter observing "a long line of guests patiently waited to enter." Many were likely squeezing in one final day before being forced to cut their visit short: Yesterday, The Walt Disney Company announced they'd be shutting down all of its North American theme parks, with the California parks closing on Saturday and the Florida ones shuttering on Monday until at least the end of the month due to the coronavirus outbreak. (For the record, Disney said that it hasn't had any reported cases of COVID-19 at its resorts.)

But while plenty of families are sure to be disappointed, for Southern Californians in need, the closure could actually be a boon. Today, Disneyland announced on its official Disney Parks Blog that—as part of Disneyland Resort's "ongoing commitment to reducing food waste"—all excess food inventory during the closure will be donated to Second Harvest Food Bank of Orange County.

"While closely following food safety guidelines, excess inventory of dairy, fruit, vegetables, packaged goods and banquet meals is being donated to Second Harvest Food Bank, whose mission is to end hunger in Orange County," Kyleigh Johnson, external communications manager for Disneyland Resort, explained on the site. "Since 2014, the Disneyland Resort has operated a food donation program through which prepared, unserved food from select locations is regularly donated to support those in need within the local community. This program is in addition to the food scraps diversion program, which also supports our environmental efforts in reducing food waste."

The company states that last year the Disneyland Resort donated over 20,000 meals to Second Harvest. Needless to say, that's a lot of meals, but the OC Register reports that the food bank served over 26.5 million meals throughout 2019—meaning despite the unfortunate circumstances, this additional windfall will certainly be appreciated and go to good use.

Update March 17, 2020: This morning, the official Disney Parks Blog provided an update on its efforts to donate surplus food to local communities. Beyond the previously-announced Disneyland donations in California, the company announced that the Walt Disney World Resort in Florida will also be donating its surplus food inventory "like fresh salads, greens and expertly cooked hot items" to the Second Harvest Food Bank of Central Florida.

"These donations would not be possible without the dedication of cast members behind the scenes who collect, sort and distribute every item to ensure it's delivered with the highest level of freshness, keeping food safety top of mind," Tajiana Ancora-Brown, director of external affairs at Walt Disney World Resort, said in the post. "We feel an immense sense of pride and excitement every time we see the Disney Harvest truck making deliveries in the community, and we're so grateful for the team that makes these donations happen."

Meanwhile, over the weekend, Disneyland also continued moving all of its food inventory as well. "We are deeply grateful to Disneyland Resort for their generous donation of food," Harald Herrmann, CEO of Second Harvest Food Bank of Orange County, added. "Donations of food, especially shelf-stable food, will be critical in the days and weeks ahead to serve those in our community impacted by the COVID-19 crisis." 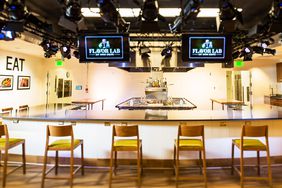