If passed, the statewide referendum would allow businesses like Uber, Luft, and Doordash to exempt gig workers from employee status and benefits.

Just in case the upcoming election wasn't stressful enough from the top of the ballot all the way down, Californians get to throw Proposition 22 into the mix, too. The proposal—also called the App-Based Drivers as Contractors and Labor Policies Initiative—could change how gig workers are classified, what kind of benefits they're eligible for, and how much they could earn. And whether that's a positive or a negative probably depends on whether you're a delivery driver or a delivery app executive.

As the Guardian explains, Prop 22 is basically there as a way for gig companies to wriggle out of Assembly Bill 5 (AB5), previous legislation that ruled that drivers and delivery people who work for gig-companies are employees—not independent contractors—and should be eligible for employee protections like minimum wage, paid sick days, and unemployment eligibility. (Yes, Uber and Lyft are both currently challenging AB5 in court.)

So yeah, Uber, Lyft, DoorDash, Instacart and others are totally in favor of Prop 22, and they've spent $184 million (so far) trying to ensure that it passes. They've also been pushing their workers and restaurant partners to promote the initiative, asking them to put Prop 22 stickers in customer orders, or to use special bags that read "Yes on 22."

Instacart driver and Gig Workers Collective cofounder Vanessa Bain tweeted screenshots from the Instacart platform which instructed shoppers to "retrieve one Prop 22 sticker and insert and place it in your customer's order" before delivery. "The whole thing is just very, very dystopian and absurd and alarming," Bain told CNN. (Bain, the Gig Workers Collective, and other labor unions are opposed to Prop 22.)

DoorDash has tried a similar tactic, although it has asked restaurants to do the heavy lifting, instead of the drivers themselves. According to Eater, participating restaurants received an email from the company, asking them to request free takeout bags that had a "Yes on 22" message printed on them. “Don’t worry about shipping or production costs—the bags are on us!” the email read, adding that restaurants should “use the bags as you would any other takeaway bag now through Election Day."

Meanwhile, the workers themselves are staging their own protest. On Wednesday, more than 250 drivers are expected to start a two-day "No on Prop 22" car caravan. They will start in San Diego and then continue through Los Angeles, Bakersfield, Fresno, and San Francisco. A similar caravan has been planned for Orange County later in the week.

As delivery drivers have become essential during a global pandemic, perhaps it's not the best public relations move to wage a campaign aimed at limiting their benefits. As 71-year-old Uber driver Donald Rizzo told the Los Angeles Daily News, "If they would've put the money spent on Prop 22 into our wages and other benefits it would've been a lot better." 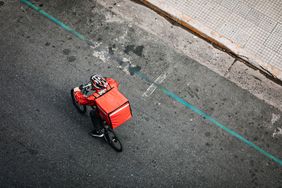 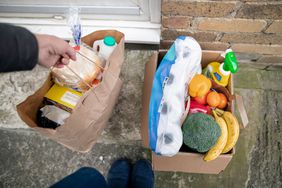 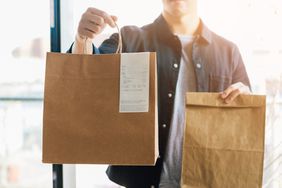 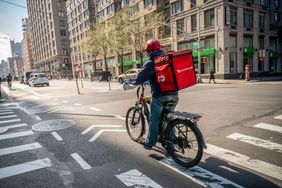 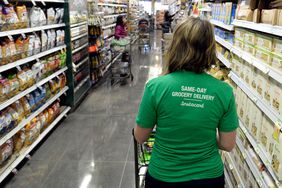 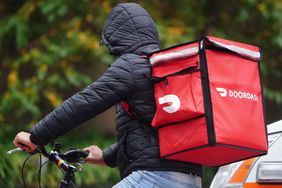