How Fruit Got to the Bottom of Your Yogurt Cup

Why not just put it on top?

American consumers probably know whether they like (or dislike) Fruit on the Bottom yogurt. But many of us probably haven't put a second thought into how the fruit got where it is, let alone how it got there at all in the first place. Even among fans, Fruit on the Bottom yogurt's distinctive taste sensations—a mixture of the yogurt's cool, creaminess and the thick, tangy syrup alongside sweet fruit—have been somewhat divisive. Do you stir it all together or scoop it out one layered spoonful at a time?

So, too, was plain yogurt rather divisive when it was first introduced to the American diet by Dannon in 1942. In fact, Fruit on the Bottom was intended to unite Americans around what was then considered foreign to their palate but is now known as a staple of American fridges. The founder of America's leading yogurt company, Daniel Carasso, had been making yogurt in Europe (beginning in Spain and expanding to France) since 1919 before immigrating to the United States in the early '40s, bringing a branch of the business with him.

Originally known as Danone (and still known that way to the rest of the world), the Bronx-based yogurt company first opened its doors in 1942 with the goal of selling only plain, unsweetened yogurt. The product went over well with the city's Eastern and some Western European immigrant communities, but the rest of the American population had a different take on the tart treat. As American tastebuds favored food on the sweeter end of the spectrum, getting new customers to purchase the yogurt proved difficult.

During the company's first five years, it remained mostly a hand-produced business, with artisans supplying just a couple hundred cups a day out of a tiny little one-room shop. Those cups were then hand-delivered to local cafeterias and pharmacies in the Bronx, Brooklyn, and Manhattan. To grow sales, around 1947 Carasso introduced a concept that had already been around in Europe: fruit compote. This became what we know as Fruit on the Bottom yogurt. But wouldn't it just be easier to do fruit on the top?

Not only was adding fruit to the bottom a sweet answer to his American palate problem, but placing the fruit below the yogurt achieved another, perhaps less obvious goal. At the time, U.S. Food Safety standards for dairy production required that dairy products not be mixed with other things in it. Putting fruit on the top—or blending it—would have broken this requirement. By placing the fruit on the bottom and the cultured milk on top, Carasso was able to convince health authorities that it would be safe to package and eat due to "the low Ph, based on the acidity in fermentation that happens," according to Michael Neuwirth, a spokesman for Dannon.

"It was really a marriage of a business need—to grow and expand to offer a sweetness level, [but] it also accomplished the food safety requirement issue that he faced," Neuwirth told Food & Wine.

The initial introduction of Fruit on the Bottom was far from divisive. Interest in this new, novel food exploded and so did Dannon's sales, paving the way for an entire line with a variety of flavors, of which 10 million servings are now made daily. At one point that once included flavors like Dutch apple and apricot, but now features strawberry, blueberry, mixed berry, peach, cherry, raspberry, and strawberry banana.

It also helped inspire its taste rival, blended yogurt, and became a prominent and titular food within American dietary trends like the "slimming" fad of the 1950s and the Atkins movement of the late 1990s. As a result of its cultural influence, yogurt is now literally a household item. At any given time of the year, more than 80% of American households are stocking yogurt. In spite of all these gains and changes, Fruit on the Bottom yogurt itself hasn't evolved much.

"One of the products that's been there from the beginning and hasn't changed—it's a classic—is Fruit on the Bottom," Neuwirth said. "It originally started as a whole milk fruit-on-the bottom product and the majority today is lowfat or nonfat… [but] the basic product really hasn't changed that much. It's milk and cultures with a fruit compote."

It's clear Fruit on the Bottom yogurt didn't just change Dannon, but changed American taste preferences. And despite any of the present divisiveness over the yogurt variety, in Dannon's 75th year, the decades-old concept is still going sweetly and strong. 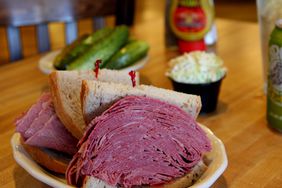 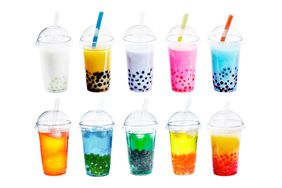