Chef Liz Rogers always found joy in the stories and soul food recipes passed down by the women in her Southern family, especially the sweet potato pies, red velvet cakes, peach cobblers, and homemade ice creams that satisfied her wicked sweet tooth. So, she thought, why not make desserts that blend premium French ice cream with Southern comfort food and create a brand that celebrates her roots? That inspiration led the Cincinnati-based restaurateur to start Blissfully Southern Creamalicious Artisan Ice Cream. Each flavor has an origin story, an affirmation, and is named for the family member who inspired it. It's the kind of ice cream that harkens back to good times spent playing outside until the streetlights came on and sitting on the front porch enjoying scoops on hot summer days.

"Creamalicious is as much about the history of soul food as it is about the artisanal flavors," Rogers said. "Historically, red velvet cake was a celebration cake served on Emancipation Day, or Juneteenth. The color symbolizes the bloodshed of the lives lost during enslavement. Quyte Cake (a Southern white cake) was often given as a peace offering." While Creamalicious has been a favorite since 2014 at major retailers throughout the Midwest, Rogers has had loftier goals for her award-winning brand.

For three years, she worked to get Creamalicious in the world's biggest retailer—Walmart— without success. She decided to give it a try again last year after Walmart President/CEO Doug McMillon spoke publicly about the company's commitment to improve in the area of diversity, equity, and inclusion. "I had to go for it. I couldn't be afraid of failure or rejection, even if it was for a fourth time. The worst that could happen was that I'd get another no, and if I did, I was going to ask what I could do better next time."

There was no need for that.

Rogers also runs popular restaurants, including Wing Champ, in Sharonville, Ohio, which won a "Best Chicken Wings in Ohio" honor from MSN. She calls it "Cincinnati's one-and-only juke joint." There's live entertainment and a menu of soul food, burgers, salads, dozens of desserts, and, of course, Creamalicious ice cream. Like so many other spots around the country, the pandemic forced her to stop all indoor dining, so Rogers pivoted and started to turn out show-stopping desserts to-go, like her Pineapple Upside Down Cake, Co-Co Cola Chocolate Cake, Lemon Velvet Cheesecake, Pink Lemonade cake, and a mason jar dessert called Sweet Georgia Morning in Your Mouth. "People didn't want to leave home, but they still wanted Southern comfort foods. Sometimes the only thing they ordered through the delivery platforms were our desserts and Creamalicious pints. The desserts literally kept my business going."

Rogers has helped other entrepreneurs bring their ideas to fruition through her Elizabeth A. Rogers Visionary Foundation. "We provide access to the resources that create, develop, and sustain successful brands and help rebuild communities by supporting entrepreneurs in our industry that need a chance to showcase their greatness because I know what it feels like to have a dream and have doors slammed in your face," she said.

With Creamalicious now for sale nationwide, the busy chef is already at work on seven new flavors that will hit Walmart freezers this summer. She is also finalizing a deal with Sysco to grow the brand even more and developing an assortment of sorbets for vegans and diabetics, a line of frozen desserts, and homemade biscuits. That's all in addition to opening the first Creamalicious brick-and-mortar outpost inside Wing Champ.

"We strive to always produce amazing products and a culinary experience of Southern decadence that is unique, fun, and utterly delicious," she said. "Understanding where we come from makes our products more interesting. I'm excited that my meals and desserts make people happy because this journey is bigger than me." With so much going on, is there anything else she wants to do? "I'd love to win a James Beard Award," she said. 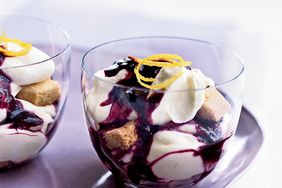 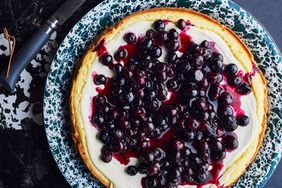