A major canning company is changing the way they work with smaller breweries.

The craft beer industry has seen plenty of changes over the past decade. First, the New England IPA craze turned all our hoppy beers hazy. Then the hard seltzer craze seemed to turn everything clear. But another huge shift has been the packages our beer comes in. For generations, "good" beer came in bottles, but now, nearly all the hippest breweries sell their beer in cans. Cans currently make up around 60 percent of independent craft packaged volume; ten years ago, the number was closer to 5 percent or less.

Cans offer plenty of advantages over glass, but the relatively sudden explosion in interest in cans has also led to supply problems over the years thanks to issues like a consolidated industry, aluminum tariffs, and, more recently, the pandemic.

As with nearly everything, the pandemic has driven up costs for can producers — and at a time when more drinkers have been consuming beer at home instead of going out. According to Bart Watson, chief economist at the independent brewery trade group the Brewers Association (BA), not only have cans gained a larger share of craft beer volume over the past year, packaged beer sales overall have also spiked.

Now, this tightening aluminum can market could affect craft breweries even further: One of America's largest can manufacturers, Ball Corporation, is reportedly raising its minimum order levels, a move that will likely force the smaller breweries they work with to seek other options for their can supplies.

Last week, the BA alerted its members that the minimum order for cans is being increased to five truckloads per SKU (i.e. per product) for printed cans for non-contracted customers. The Denver news site Westword reported that the previous minimum order was only one truckload, increasing the minimum order from 204,000 cans to 1,020,000 cans. Additionally, Ball will also apparently no longer hold inventory for customers, meaning storage for all of those cans now falls on the brewery's lap.

"These changes, if accurate and widespread, have the potential to change the entire beer landscape for small and independent brewers," Bob Pease, the BA's president and CEO, stated. "Most breweries cannot order or store 1 million cans per SKU."

An alternative for breweries is to work with smaller intermediary can distributors (which is where the smallest breweries already turn for their cans) but for breweries that work directly with Ball, making this switch could have big repercussions, including new expenses like paying these additional brokerage fees and switching to printed labels.

"This is going to be a real challenge for the affected brewers, primarily on pricing," Watson told me via email. "They are going to be squeezed between the largest brewers who won't see much change in availability/pricing and the smallest, who again won't see many changes. Those brewers have a tough choice of seeing their margin eroded or raising prices."

Denver Beer Co. co-founder Patrick Crawford told Westword that's the choice they'd be facing. "It triples our expenses," he said. "It would be cheaper to buy five truckloads of cans and send four of them back to the recycling plant. [...] And it means that breweries are going to have to raise the price of a six-pack by 30 percent just to be able to stay in business."

So for consumers, Watson says don't be surprised if you see increasing prices for some brands early next year. And that's not all. "Based on the short time frame of this announcement, there may also be some availability issues with spring seasonals or other small brands where the brewers aren't able to find new can supplies quickly enough," he continued. "Finally, consumers will likely see packaging changes for some brands: brands that were previously in printed cans now with a shrink sleeve, label, or even in bottles." 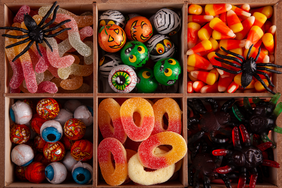 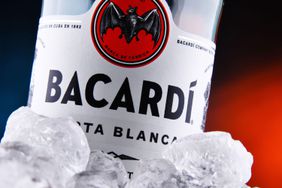