The updated snacks will be available at ballparks nationwide this season.

It doesn't matter whether you're a season ticket holder for your local Minor League team, or you've never gotten closer to a baseball game than driving past a stadium, you know the words to "Take Me Out to the Ballgame." Yes, that's the one about buying peanuts and Cracker Jack, rooting for the home team, and not caring if you ever get back.

But after 125 years of combining baseball with its caramel-coated popcorn, Cracker Jack has decided to throw its own kind of change-up. On Tuesday, the Plano, Texas-based company announced the introduction of Cracker Jill, a series of five special-edition bags that depict five different women and "celebrate the women who break down barriers in sports." In addition to debuting its new Cracker Jill bags at pro ballparks throughout the U.S., Cracker Jack has also pledged to donate $200,000 to the Women's Sports Foundation.

"We are constantly inspired by the many women who are making history by breaking the mold, and we want to celebrate their achievements while supporting the progress," Tina Mahal, vice president of marketing at Frito-Lay North America, said in a statement. "Cracker Jack has been part of sports for over a century, as records were made and rules changed. We've been so inspired by how girls and women are changing the face of the game, so in this spirit we introduce Cracker Jill to show girls that they're represented even in our most iconic snacks."

And it wouldn't be Cracker Jack without a reference to "Take Me Out to the Ballgame," which is why the brand teamed up with award-winning singer (and former member of Fifth Harmony) Normani to refresh those now century-old lyrics. Normani's version includes the verse, "Buy me some peanuts and Cracker Jill / No one can stop you if you have the will, So let's root, root, root for a girl's dream / We're adding our face to the game."

"As a young girl, I remember being inspired by athletes and artists who looked like me," said Normani. "They made me believe that I could also achieve greatness as I watched them break barriers for women. I'm proud to be part of a campaign entrenched in inclusivity and empowerment because it's vital for young girls to see themselves represented and join in on the celebration of the achievements made by the women before them."

If you'd like to get your own bags of Cracker Jill, you can find them at pro ballparks this season, or you can get one by making a donation of $5 or more to the Women's Sports Foundation, the Billie Jean King-founded nonprofit that advocates for equality in sports.

"Our Foundation is an ally, advocate and catalyst to help unlock the possibilities in every girl and woman through the power of sport," Danette Leighton, the CEO of the Women's Sports Foundation, said. "Representation matters — it encourages and inspires the next generation. It's wonderful to see Cracker Jill come to life, emphasizing the power that representation can have by celebrating women who've broken barriers." 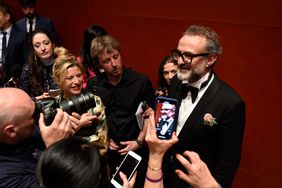 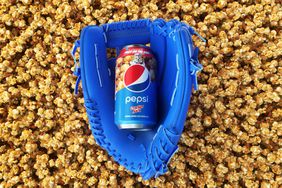