The allegations were brought to public light over a year ago, prompting a reckoning within the accrediting organization and wine industry.

Several days later, all 27 female members of the court released a statement in support of the women who reported being sexually harassed and the Court announced that it had suspended seven master sommeliers from participating in any Court-related activities.

Those men were informed that they would all face a "hearing process and an investigation conducted by an external organization." (An eighth man, Geoff Kruth, was accused of making "unwanted sexual advances" towards 11 women, but resigned from the Court before he could be suspended.)

On Wednesday, the San Francisco Chronicle reported that six of the members who had been suspended — Robert Bath, Fred Dame, Fred Dexheimer, Drew Hendricks, Joseph Linder, and Matt Stamp — were poised to have their memberships in the Court terminated. The Court also announced that Kruth would not be permitted to apply for reinstatement into the organization. (Erik Entrinkin, who was also suspended last fall, has filed a lawsuit against the Court, alleging that the disciplinary action taken against him violated his right to due process.)

"This reckoning in our industry and organization has been incredibly painful — most painful of all for the survivors who felt unsafe or compromised by those they trusted," Emily Wines, Chair of the Board of Directors for the Court of Master Sommeliers, said in a statement. "From this deep disappointment and betrayal, we will continue channeling the learned lessons into growth and positive change for our organization. We understand the need for substantial healing after this traumatic period in the wine industry. The work does not stop here [...] We look forward to taking this moment to learn from this investigation and reimagine how we can better serve the wine industry."

The Court said that Margaret C. Bell, a founding partner with San Diego law firm Lagasse Branch Bell + Kinkead, led the investigation into the sexual harassment allegations, and presented the Court's Ethics and Professional Responsibility Committee with her report in September. The Committee then spent two months reviewing that information on a case-by-case basis, and consulting with RALIANCE, a nonprofit that helps provide organizations with "the tools to prevent and respond" to allegations of sexual harassment or sexual violence.

"The decisions to move toward termination were all based on a pattern of unethical behavior, including incidents that compromised the integrity of CMS-A's core mission — examination, education, and mentoring — and put the safety of individuals at risk," the Court said.

Alpana Singh, the youngest American woman and first woman of color to achieve the title of Master Sommelier, said that she "commends" the Court's new initiatives "to ensure the safety and well-being of candidates," and their efforts to make the Court "more diverse and inclusive. Singh resigned from the Court last fall after the sexual misconduct allegations were made public.

"I am no longer privy to the inner workings of the CMS-A so I can't speak to the full process of holding perpetrators accountable but I am hopeful that anyone whose trust was violated received a thorough and transparent report and resolution to any complaints they had brought forth," she told Food & Wine in an email. "While the decision to censure certain individuals may not have been easy, I do believe it was a necessary step to bring a sense of closure and justice to those who were harmed. There is still so much more work that needs to be done but yesterday's news was definitely a step in the right direction."

The six now-former members of the Court have 30 days to appeal this decision. According to the Chronicle, if those terminations are upheld, they will be banned from participating in any future Court-related activities or events, and they can no longer use the title of "master sommelier."

Correction: A previous version of this article inaccurately listed Greg Harrington and Matthew Citriglia as two of the parties facing expulsion from the Court. The title and text of this article have also been edited to reflect the current membership status of the suspended parties. 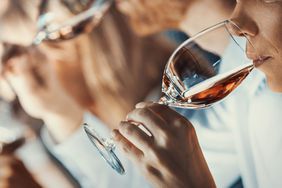 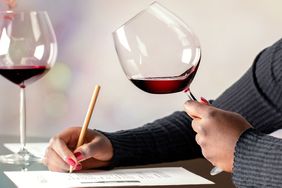 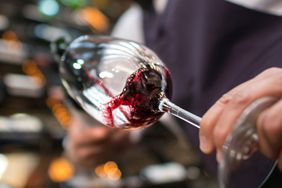 Chairman of the Court of Master Sommeliers Resigns, Entire Board Will Be Put Up for Election