The fraudsters were apparently simply trying to cut costs.

Admittedly, I've never committed wine fraud, so I don't know all the ins and outs of the industry, but at a time when a bottle with a handwritten label reading "Romanée Conti 1924" was expected to sell for at least $20,000 at auction before arousing suspicion, you'd think using fraudulent ingredients to lower wine production costs would be a pretty work-intensive way to increase profit margins. Apparently, however, a Spanish crime ring was doing exactly that, likely producing over $100 million worth of illegal alcoholic beverages with the help of hefty doses of high-fructose corn syrup.

Over 60 enterprises from seven countries—including Spain, Holland, Austria, Belgium, France, Moldova, and Russia—were involved in the scheme, with over 30 people being arrested this month, according to Wine Business International, citing Spanish media outlets. Customs Surveillance officials from Spain's Tax Office in Castilla-La Mancha have reportedly spent nearly two years uncovering the vast network in an operation dubbed "Isolu." According to The Drinks Business, the scam allegedly involved fermenting high-fructose corn syrup—also known as isoglucose—into alcohol to make wine (thus circumventing the need for grapes) and using grain alcohol instead of distilled wine to make brandy.

Authorities were apparently tipped off to the fraud not only by the unusual ingredients these companies were using but also because the names of both the products and the people were altered along their international journeys. Illegal firearms and luxury vehicles were also reportedly discovered during police searches because, you know, it's a multimillion-dollar international crime ring. That's just how these things go.

Interestingly enough, even though Californians can once again walk into a Trader Joe's and buy a bottle of Two Buck Chuck for $2, the reason for all of this fraudulent production was about little more than saving some cash. "The purpose of using isoglucose was to reduce costs, not to artificially increase the alcohol strength of the products," Wine Business International quoted one report as saying. You know, they could have probably fermented that stuff into hard seltzer and everything would have been totally on the up and up. 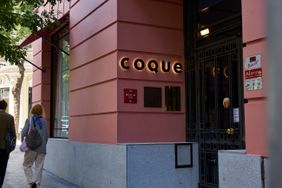 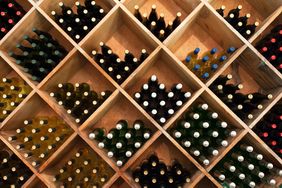 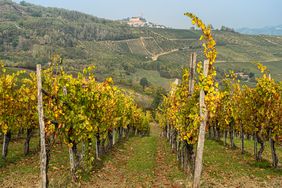 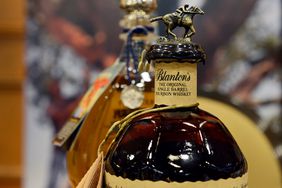