Tartine Changed American Bread. Now, They're Coming For Your Coffee.

In a fad-prone industry, Coffee Manufactory bets on consistency

There were plenty of things that came naturally to Chad Robertson and Elisabeth Pruiett; how to make bread, how to make it really well, well enough to attract the attention of an entire country, how to get anyone who could fly, drive, walk or crawl to San Francisco to patiently stand in line, at Tartine, there at the corner of 18th and Guerrero, for morning buns fragrant with orange and cinnamon, for pain au chocolat, for anything that wasn't sold out, really, by the time you made it to the counter.

Robertson and Pruiett even figured out, eventually, how to scale things up—a gleaming second act, the very opposite of their relatively rustic (and relatively cramped) corner bakery turned an out-of-the-way block into a must-schlep destination. There were plans for New York, for Los Angeles, and beyond.

What was taking a lot longer to sort, however, was the coffee. The couple knew that to have a great bakery, you needed great coffee, and it was a question they'd been pondering for some time. That initial follow-up project, The Manufactory in San Francisco, which opened in 2016, was supposed to happen in partnership with Blue Bottle Coffee—the two growing companies were to merge, and then go on to world domination. Robertson and Pruiett had already worked with a who's who of Bay Area coffee roasters; for a while, they even tried it on with east coast legend Counter Culture. For whatever reason, nothing stuck, the Blue Bottle marriage never actually happened, and suddenly, the hottest cafe and bakery and restaurant opening of the year did not have a coffee supplier, and that's where Christopher Jordan came in.

Beginning as a teenaged barista, back in 1990's Seattle, Jordan came of age along with modern American coffee culture; he has served as the Director of Coffee Quality at Starbucks, he spent years in Africa installing wet mills with nonprofit TechnoServe, backed by the Gates Foundation; he's also the guy responsible for transforming Verve Coffee Roasters from a terrific little operation in Santa Cruz, California, into a California brand—a brand with three shops in Japan. Jordan knows coffee, he knows where it comes from, he understands the business better than most, and now he is Chief Operating Officer within the quickly expanding Tartine organization. Back in 2016, faced with the question, where in the hell are we going to get enough coffee, good coffee that we feel good about serving, to keep this place going, Jordan offered a simple solution: Do it yourself. Roast your own. It'll be easy.

Jordan, who by that time had done absolutely everything you could do in the business besides farm his own coffee, was gearing up to do his own thing, he says. Suddenly, he found himself wondering—was that really the right move?

"I was impressed by how they weren't okay with the status quo, how they wanted to evolve—it really jarred me. I was like, man, I still want to learn."

It was settled. Tartine would begin roasting, but Jordan would be the one actually doing it. He assembled a team—lots of friends, he says, that he had worked with before, everywhere from Starbucks to Africa, and in 2016, Tartine began serving their own coffee, under the Coffee Manufactory label.

Things have been happening, big things, since then—Tartine's whole world domination thing got back on track, this time in partnership with that other Western bread legend, Chris Bianco; the coffee crew has been hard at work over in Oakland, in a 10,000 square-foot facility. Very recently, it was all hands on deck to get the next Manufactory—Los Angeles, this time—up and running. Tartine's most ambitious project yet opened last month, a sprawling, gleaming temple to bread, and now coffee, too; within the massive complex, there's a 6,000 square-foot roastery, complete with vintage (1961) Probat, a cast iron beast rescued from Berlin.

Right now, between Los Angeles and Oakland, Coffee Manufactory is roasting about 2 million pounds of coffee per year, and they've got big plans, much bigger—that old Probat alone could handle roughly 3 million pounds in a twelve-month period. That's a lot of Coffee Manufactory bean flooding the market, potentially, and if all goes to plan, we could be looking at something like a turning point within the still-evolving specialty coffee industry, and anyone tasting their tightly-curated selection of roasts—they're keeping it simple, by design— might very well end up feeling the same way.

First, there's that whole streamlining thing. It's about focus, says Jordan, something he feels the industry could use plenty more of. He's as excited by small lots and single estates and individual farmers and obscure offerings as so many others in the business, but he finds himself amused by the amount of time so many roasters spend pursuing their next high, so often at the expense of the customer.

"Sometimes, you're so busy chasing the flavor, you forget that the customer wants balance, and consistency," says Jordan.

And so, when you buy Coffee Manufactory to take home, you will only find five offerings; six, if you count decaf; there is Espresso, there is Filter, you have Africa, you have Latin, and—clutch those pearls, light touch loyalists—you have Dark. (Jordan is convinced that the fuller-bodied roast has a place in modern coffee, and is determined to show the skeptics just how good a dark roast can be.)

What you'll get, ideally, are flavor profiles you can count on, each and every time. What you won't be, hopefully, is bored. The Latin, for example, just now 100% Colombian, might be changed up twelve times in a year. Jordan likens the team at Coffee Manufactory to sommeliers—instead of plowing your way through a wine list, he's asking us to trust.

"Trust us to curate, and we promise to do our best for you, every time." 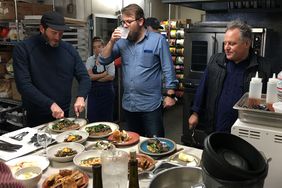 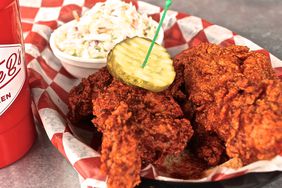