We suspected they were having a moment, and now we can prove it.

All but the most obstinate drinkers will admit that beverage preferences tend to swing with the season. In the summer, that often means swapping in more white wines over reds, opting for a hefeweizen instead of a stout, or drinking more hard seltzer over … whatever the cold weather equivalent of hard seltzer is.

The same goes for cocktails: It's not that you can't order a Frozen Daiquiri all year long; it's just that it tastes better when the outdoor temperature is above the freezing point. But how much do our collective mixed drink habits change with the weather — and what drinks benefit the most? New data released this week from the analyst company CGA suggests that, for 2022 at least, the Piña Colada has seen the biggest swing.

CGA states that cocktail sales in general jumped as winter turned to spring in the second quarter of the year, with average cocktail sales at outlets across the U.S. up 11 percent across April to June. And looking at specific drinks, some very summery changes occurred. For instance, the Mojito leapfrogged the Old Fashioned to become the fourth most popular cocktail.

But the biggest gainer — with a change that certainly makes sense — was the Piña Colada. CGA says the drink moved from the 17 spot on its top 30 cocktails list all the way to ninth place, buoyed by an 87 percent increase in orders. Interestingly, the data company says that the jump was most pronounced in New York, where Piña Colada sales spiked in the last four weeks of June.

"The changing dynamics of consumer preferences are coming through in the cocktail tracker," Matthew Crompton, CGA's regional director for North America, stated. "The summer presents ample opportunities for beverage suppliers to maximize these shifts in preferred serves to compliment occasions and changes in the weather."

What the data doesn't state, however, is whether the Piña Colada always sees this large of a seasonal shift or whether it's angling to be the comeback cocktail of 2022. Either way, the popularity of the Piña Colada should serve as reassurance that you can order the classic drink without feeling like a cliche from an old Rupert Holmes song. 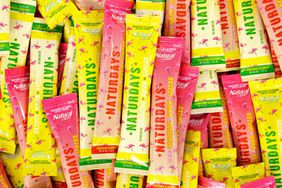