Meet the Chicago Women Fighting for Inclusion in the Cocktail Industry

“This is a win for Chicago, not just us.”

“I stood on a high table with a tub of beer and in a low-cut shirt, and I sold three dollar cans of Bud Light to Boston sports fans. Then from there you become a shot girl, and that’s usually where it ends,” said Laman, the beverage director at Ace Hotel Chicago. “I didn’t like that.”

Her friend Shelby Allison had an even more overt welcome to the hospitality industry. On her first day at a job in Las Vegas, a general manager gave her his own personal checklist.

For Alexis Brown, her entry into the bartending world came at an upscale club but far away from the drinks. The Chicago native, instead, was relegated to coat check for nearly three years. Afterwards, like Laman, she also was put on beer duty.

“I had to sell sex and be sexy and wear makeup and do my hair a certain way and have low-cut shirts or short dresses and show off my body and looks,” said Brown, a bartender at Chicago’s Dearborn Tavern and The Drifter. “It wasn’t the same [for men]. Joe Schmo could come in and look the part and still not know anything.”

Once these women finally got a chance behind the bar, they started to look around and notice that there weren’t many of them there to begin with. For Brown and her business partner Ariel Neal, who are both black, their status as “double minorities” was even more glaring.

“Many times we’d be the only women of color in the room,” said Neal, the CEO of Leira Knows Cocktails and Events.

It led to some even more uncomfortable moments with guests. A patron once asked Brown if she had “freed the slaves that day,” and when she told her boss about the incident, he instead just brushed it off as an “educational moment” because it came from a high-paying guest.

“I felt like my managers didn’t understand that, and they felt like it was okay,” Brown said. “I didn’t feel like my perspective or how I felt about the situation was taken into consideration.”

Representation in the bartending industry for women, people of color and members of the LGBTQ community has been a topic at the forefront over the last few years. Like Brown’s experience, members of these underrepresented groups too often feel misunderstood in their workplaces, and that disconnect often comes from those at the top. These women say the first step towards change must start with management and hiring practices.

“Our industry is unique in that we are the bartender and the patron on a daily basis, so when we’re done with work, we go to bars, and so we see both sides of it literally every single day,” Laman said. “The last few bars I’ve worked in, I’ve made a concerted effort to hire as diverse a staff as possible, and I think that is a point that you have to try because ninety percent of the applications that we get are for white males, and it’s really easy to do that hiring and get it done really quickly.”

When Shelby Allison launched Lost Lake, a Tiki-themed cocktail bar in Chicago, inclusion wasn’t simply just a checklist item for her – it was an essential piece of DNA in her business’ success.

“We have a lot of representation on our bar team, and I think part of that is because my business partner and I don’t look for seasoned bartenders to hire. Instead, we look for hardworking people that would like to get their foot in the door,” Allison said of Lost Lake. “We’re training up women, people of color, queer folks, and I think that our bar team represents that mission.”

For Alexis Brown and Ariel Neal, their way of giving back was born during a luncheon two years ago. Frustrated by the lack of diversity they saw in the bartending industry, the two women teamed up and launched Causing a Stir, a nonprofit group aimed to “uplift and empower underrepresented and underserved individuals in the hospitality industry,” Neal said. Since its inception in 2016, the group has nearly 1600 members worldwide.

Laman and Allison, along with their friend Sharon Bronstein (the Marketing Director for The 86 Co.), also decided to address the bartending industry’s lack of inclusion by organizing an inaugural event this year called Chicago Style, a craft cocktail convention described as “equal parts think and drink” with a socially conscious mission at hand.

“The overwhelming response to our announcement is really an indicator to us how badly our industry wants to change and how our peers are ready to show up and do the work and have the hard conversations that are necessary to push us forward as a community,” Allison said.

Taking place in May, the four-day conference will feature daily panels and seminars on topics ranging from community accountability to hiring practices, and Causing a Stir will be one of the participants on hand.

“[Chicago Style] is another way for us to be a part of something greater than just me and Alexis or Causing a Stir,” Neal said. “This is a win for Chicago, not just us.”

Through these initiatives, all of these women hope to continue to provide even more resources for those traditionally shut out of the craft cocktail world because it’s a career they truly care about.

“Having that love and appreciation for the hospitality industry makes me want to say I want people to do better,” Neal said. “I want people to learn about how to make it better and what we can do to make ourselves better.”

Brown said she never had anyone help her navigate the industry, and she wants to change that for other women. “After going through all of this, now I’m trying to be the mentor that I never had.” 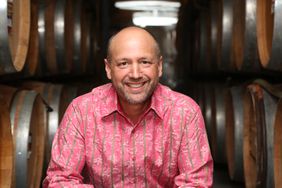