The divide will grow even starker this winter.

Toward the beginning of the pandemic, restaurant owners, workers, and diners feared the worst: a permanent loss of their livelihoods and the very institution of "restaurant." What has transpired since has indeed been a disaster. Restaurant and bar workers have lost an estimated 2.3 million jobs, and, per the most recent projections, 100,000 eating and drinking establishments have closed permanently.

As the pandemic drags on, and unemployment continues to afflict the most vulnerable, the devastation has further illuminated a divide that has always existed: that between chain and non-chain restaurants. According to recent figures and the rate at which independent restaurants have been shuttering, their fates have been split as well.

Despite outdoor setups and indoor allowances, small, independent restaurants continue to close amid plummeting sales. Many chains, meanwhile, are experiencing the opposite. While this comes as no surprise to independent restaurant owners—who have been sounding the alarm bells since March—the disparity underscores the need for more aggressive government intervention, which should include stronger protections for unemployed workers.

Read more: Your Server Is Stressed About the Colder Weather

According to the Wall Street Journal, the disparity between independent restaurants and larger chains grew even more dramatic this summer, with Chipotle more than tripling its online business sales and large boosts for same-store sales at Domino's, Papa John's International Inc., and Wingstop Inc. In September, McDonald's reported its best monthly sales in nearly a decade. Not only are many well-capitalized chains experiencing boosts in sales, but they are also opening new stores.

It helps that many of these larger restaurants had infrastructure in place that took on new importance during the pandemic, like drive-thrus and custom apps for ordering and picking up.

While chain restaurants are not immune to the economic impact of the pandemic, they are better advantaged to weather it. The National Restaurant Association claims that consumer spending in restaurants overall is down 34 percent on average. According to a figure from Black Box Intelligence, in August, chain restaurants experienced, on average, a 12.3 percent decline in sales and a 17.7 percent dip in foot traffic.

Yet independent restaurants are closing en masse. Winter will be even more brutal, as smaller, independent restaurants tend to be more reliant on dine-in sales. Even where there aren't government mandates to limit indoor dining, consumers and workers have concerns about its safety. Then there's the fact that it won't be enough to save them.

Roni Mazumdar, who owns Masalawala, Adda, and Rahi in New York City, had mixed feelings when 25% dine-in capacity was announced in the city this fall. "This means nothing," he told Food & Wine. "This is a step in the right direction, I'll say that. I think the biggest fear we had was we were going to be a hundred percent shut down for the entirety of winter. That's not what it seems like … But on the flip side, there isn't really a lot of federal aid that has come our way. So how do you sustain a losing proposition, and for how long?"

Read more: 25% Indoor Dining Will Not Save Us, NYC Restaurateurs Say

In a Restaurant Business column earlier this month, reporter Jonathan Maze suggested that chain restaurants are taking over the restaurant business. It certainly looks like it.

"It's not true that independents will completely die, of course," wrote Maze. "And they'll eventually come back—they always do, the restaurant business remains a popular idea for would-be entrepreneurs," he wrote. "But chains are already lining up to take advantage of an expected flood of real estate. The result will be a massive shift to chains, and a long, long recovery for the country's independent restaurant." ("I don't know how any restaurant owner makes it without a drive-thru," a fast-food operator told Maze.)

The long, long recovery will only be possible with aggressive government action. The newly formed Independent Restaurant Coalition is calling for an entirely revamped Paycheck Protection Program, citing a figure that the hospitality sector received just 8.1% of PPP dollars even though restaurants represent almost a quarter of all U.S. jobs lost during the pandemic.

"With outdoor dining growing more difficult, the cost of supplies increasing, and the virus still raging, restaurants cannot take on any more debt," the group wrote in a statement this week. "Restaurants need grants, not loans, to survive the winter during the pandemic."

The IRC is currently advocating for a $120 billion bill called The RESTAURANTS Act to offer targeted relief to restaurants. 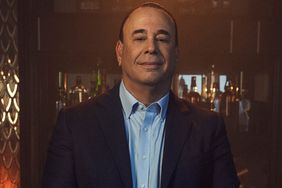