COVID-19 has cut ethanol production which is also reducing the availability of its CO2 byproduct.

Creating carbon dioxide is easy. You produce it when you breathe; your car produces it when you drive (unless it's electric). However, capturing carbon dioxide isn't so simple. Just look at breweries: Though all breweries produce carbon dioxide as a byproduct of fermentation, the vast majority of small brewers carbonate their beers with CO2 bought from an outside source. It's simply more cost-effective than investing in CO2 capturing equipment. But that business model can also lead to this perplexing situation: Despite producing CO2, independent breweries are now facing a CO2 shortage.

Due to the impact of the COVID-19 outbreak, CO2 production for resale was down 20 percent earlier this month, Reuters reports, and levels could eventually be half of what they normally are, according to the Compressed Gas Association (CGA). The heart of the problem is CO2's source: ethanol. As I mentioned, carbon dioxide is a natural byproduct of alcohol production, and large ethanol producers are equipped to capture this gas for sale. However, coronavirus-related restrictions have slashed demand for ethanol, which, in turn, is apparently lowering CO2 output—with 34 of America's 45 carbon dioxide-selling ethanol plants reportedly cutting their production.

Carbon dioxide is used in plenty of other capacities besides beer—from the obvious, like soda, to the not-so-obvious, like the meat industry, which needs CO2 for its production and preservation processes. But as is usually the case, larger companies will be better positioned to deal with any shortages. Reuters spoke with midsize brands like National Beverage Corp (which makes LaCroix) and Bell's Brewery (America's 16th largest brewer), and neither said they were having CO2 issues.

However, smaller brewers are apparently feeling the pinch. Bob Pease, CEO of the independent brewery trade group the Brewers Association, told Reuters that their members get nearly half of their carbon dioxide from ethanol produces, and prices are already up 25 percent due to shortages. "The problem is accelerating," he was quoted as saying. "Every day we're hearing from more of our members about this."

In the long run, this problem could be solved with technology: For instance, in March, Colorado Public Radio News reported on a pilot program in Denver where smaller, more affordable CO2 capturing technology was allowing the independent Denver Brewing Co. to reuse and sell its carbon dioxide. We've seen this tech before, and the possible financial and environmental benefits mean we're likely to see much more of it in the future. But needless to say, a financially-damaging pandemic isn't when a small brewery wants to be investing in new equipment.

As a result, it sounds like plenty of breweries will be forced to watch carbon dioxide literally float away from their fermenters while paying a premium to bring in CO2 to carbonate their beer further down the line. Pease even suggested that some brewers may even have to reduce production in the coming weeks. 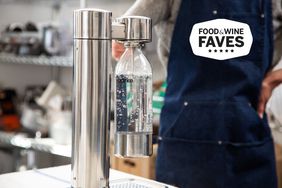 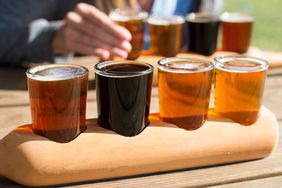 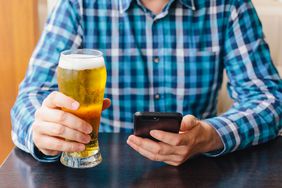 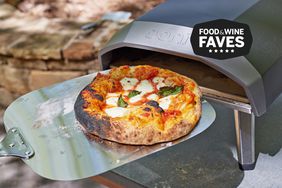