His actual moniker is very fitting.

You’ve had that feeling, too, right? The one where you think you know everything about someone, and suddenly, one day, you wake up to the sudden realization that something’s changed? And they’re no longer the person you thought they were? Or rather, nothing’s changed, and you simply see that it was an illusion all along? A mirage? A trompe l’oeil, if you will?

Yup. It’s true. We’re terribly sorry to be the bearers of that awful feeling, and we’re also sorry to give you this news so bluntly, but there’s really no good way to go about it. As reported by BuzzFeed, Cap’n Crunch’s real name is—sad, confused drumroll, please!—Horatio Magellan Crunch.

Shakespeare-inspired? Maybe. But we’re pretty sure Shakespeare didn’t have this situation in mind when he wrote that “a rose by any other name would smell as sweet.” Surely Quaker Oats doesn’t expect us to believe that “Horatio Magellan” smells as sweet as “Cap’n Crunch.”

What else is this “Horatio” hiding, anyway? A torrid past? A family in another country? An elaborately-orchestrated, cereal-centric Ponzi scheme?!

After all, this isn’t the first time the-artist-previously-known-as-Cap’n-Crunch has lied to us. Get this: He’s not even a captain. A few years back, the Wall Street Journal wrote that “the legendary cereal icon’s status as a captain has come under fire… Cap’n Crunch only wears the bars of a Navy commander, not those of a captain. In the U.S. Navy, captains wear four bars on their uniforms, while commanders — one rank below captain – have three bars.”

Let’s sum this up, shall we? Cap’n Crunch isn’t a captain. Nor is he named Cap’n Crunch. If this isn’t yet another sign that we’re all living in a glitchy Matrix, we don’t know what is. 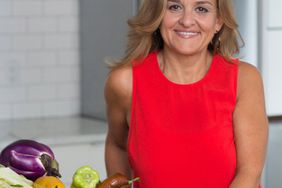 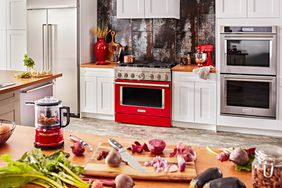 How to Integrate High-End Design into Your Kitchen