Restaurants and bars have been forced to shutter their dining rooms or close completely due to COVID-19, but many still had to keep paying for liquor licenses, health permits, and other costs.

33 Taps, a sports bar in the Silver Lake neighborhood of Los Angeles, was recently noticed for putting TVs in their windows so outdoor diners could still watch the Dodgers while they ate. Last month, they expanded their outdoor seating area and got the city's OK to put tables and chairs on the entire sidewalk that stretches out in front of the restaurant.

33 Taps is clearly trying its best to adapt to the pandemic-related restrictions in Los Angeles County—they're still prohibited from serving customers indoors—but it is also part of a group of restaurants that are asking the state to reimburse them for the liquor licenses, health department permits, and tourism assessment fees that they've paid this year.

According to Nation's Restaurant News, independent restaurants in California's five largest counties have filed claims for "tens of millions and dollars," politely asking that the state government return the money they've spent on assorted fees. Additional claims are expected to be filed in three additional counties within the next few days. Regardless, the state has 45 days to respond to the legal filings and, if nothing happens, the next step could be a class-action lawsuit.

"Restaurant owners are obligated to pay these government fees just to operate, yet the same government entities who have collected those fees have forced these businesses to close their doors or drastically restrict operations due to the pandemic,” the restaurants' attorney Brian Kabateck said in a statement. "We simply want the government to return those fees to those restaurants who followed the law and closed."

Walter Schild, who owns 33 Taps Hollywood, told The Mercury News that he has had to close his other restaurant in Orange County due to "financial strain" caused by the pandemic, and he has laid off 30 workers. Despite the fact that 33 Taps has been closed more or less since the spring, he has still had to pay the state $7,000 in assorted fees. When he's been unable to find the money—because, you know, his restaurant has been closed—he's been hit with late fees. “We have been pleading with our legislators for fee relief,” he said. “It’s been tough.”

California is currently operating under what Governor Gavin Newsom has dubbed its "Blueprint for a Safer Economy," which uses the current infection rates in each county to determine what businesses and activities are allowed. Counties with "widespread" case and positivity rates are restricted to outdoor dining at restaurants, while bars, breweries and distilleries must be closed entirely.

Restaurants in the counties with "substantial" numbers of cases can seat customers inside, but the number of indoor diners must remain below 25 percent of the total capacity or fewer than 100 people, whichever is lower. Wineries must still stick to outdoor seating, and bars, breweries and distilleries are still closed.

“Even when the restrictions are lifted, the devastating impact on the restaurant industry will extend for years,” Jot Condie, the California Restaurant Association's president and CEO, said in a statement. “Restaurants have not received any form of relief. Easing fees would help enable establishments to stay open and keep vulnerable workers employed.” 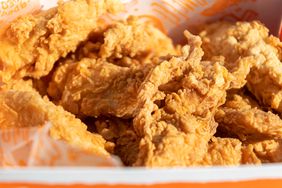