California Gov. Gavin Newsom outlined what “the new normal” might look like in his state and others.

Across the country, we still have little idea when closed restaurants may open again—but on the West Coast at least, we’re beginning to get a sense of what eating out at those restaurants will look like when they do. We’ve lived through the ramping up of COVID-19 restrictions, and yesterday, the states of California and Oregon provided insight into their plans for ramping down. No timeline was provided as to when these new guidelines will be instated, but the announcement can be seen as a distant light at the end of the tunnel.

In a press conference, California Gov. Gavin Newsom—describing a comprehensive plan coordinated with Oregon Gov. Kate Brown and Washington Governor Jay Inslee—at one point turned specifically to restaurants. “There’s no playbook that someone else has put together. There are examples from around the world. We are incorporating those best practices and those considerations,” he began. “We talk about what the new normal will look like. As I said, normal, it will not be, at least until we have herd immunity, and we have a vaccine because, as someone like yourself that looks forward to going back out and having dinner … you may be having dinner with a waiter wearing gloves, maybe a face mask, a dinner where the menu is disposable, where the tables, half of the tables in that restaurant no longer appear, where your temperature is checked before you walk into the establishment.”

In separate remarks, Brown mentioned other possibilities, as well. “We want to bring together business owners and practitioners with health professionals to discuss how reopening gradually in these sectors [including restaurants] might be accomplished,” she stated. “For example, this might include additional guidelines for reconfiguring the delivery of services with added physical barriers like plexiglass dividers, or requirements for wearing PPE.”

Inslee’s press conference is slated to take place to place today at 3 p.m. Pacific Time. Meanwhile, Newsom stated that other Western state governors “are also likely to join on this broader regional protocol”—meaning the California governor’s remarks could prove prescient for dining experiences in other parts of the U.S. as well.

As far as when people may begin seeing this new normal, Newsom said the answer isn’t cut and dry. “There is no light switch here. I would argue it’s more like a dimmer,” he stated, “this toggling back and forth between more restrictive and less restrictive measures, more individual accountability, more individual responsibility.” Granted, it’s not the kind of “dimmer” we’re used to for setting restaurant mood lighting, but at this point, dining out under any lighting conditions would be a welcome change of pace. 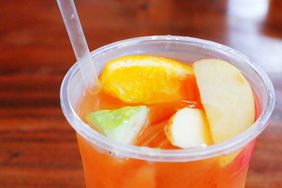 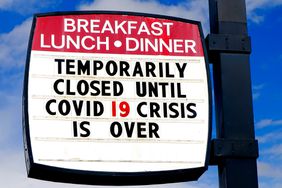 Here’s How the White House Envisions Restaurants and Bars Reopening 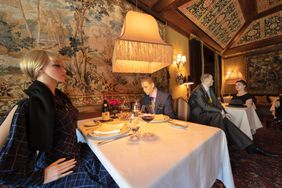 Mannequins Will Fill Empty Seats at This Michelin-Starred Restaurant 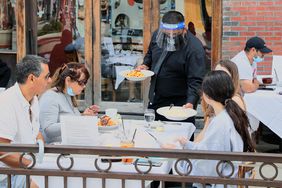 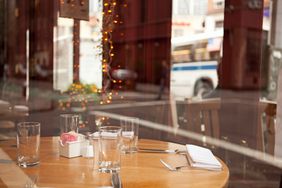