In 1986 the term "viral" didn't exist in its current context of describing a media phenomenon. But if it had, surely we'd have been applied to the remarkable ascent of a bunch of humble, dried grapes from advertising mascots to pop culture icons. The California Raisins were the product of an exacerbated ad team, a few broken rules, and the execution of a fascinating visual art form. Even if you weren't alive to see the advertisements, TV specials or listen to the charting singles, three decades later you've still most certainly heard about The California Raisins through the grapevine.

Another spot followed a couple months later and with it the public's appetite for The California Raisins increased. Luckily for CALRAB, the appetite for actual raisins increased as well, with sales jumping 20% in the wake of the campaign. The attempt to make raisins cool had succeeded.

More commercials followed, each attempting to top the last with a slightly altered version of the theme song. Celebrities jumped on the Raisin train as well. Ray Charles was rendered in clay and sung "Grapevine" with the backing vocals of some female Raisins. A Whoopi Goldberg ad was in the works but never came into fruition.

Oh yeah, and then there was that time Michael Jackson called.

During a meeting, Vinton's assistant interrupted with a message that the King of Pop was on the line and wanted to speak to him immediately. Jackson was at the peak of his career, still riding high off the 1987 release of "Bad." After shooting the breeze with some small talk (Jackson and Vinton were somewhat familiar with each other after previous collaborations on Moonwalker and Disney's Captain EO) Vinton was still unsure of the reason for the call, but Jackson eventually got to the point. And the Raisins. Vinton recalls the conversation:

"'They're really doing great, aren't they Will?' he said and it dawned on me what he was fishing for.

'Michael, we should make you a raisin!'

'Yeah that'd be great!' and he went off on what would happen and what it would look like."

Vinton was concerned CALRAB couldn't afford the enthusiastic entertainer, but Jackson agreed to do it for free with one major stipulation: he would only deal with Vinton. No advertisers. No clients. Nobody. Keep in mind this was right after Jackson's disastrous commercial for Pepsi, which left him with, among other things, burnt hair and a bad taste in his mouth for advertising execs. All parties agreed to the deal and Vinton and Jackson collaborated on the 60-second ad, which ran in movie theaters and later on television. "It was a great experience. We were working on storyboards and did all the creative at Neverland. He's a real perfectionist and is amazing about details."

That would cause a problem with one important element of the project: the Michael Jackson Raisin. "It was really difficult to do a caricature of him. We went through a lot of designs and he threw them out. I finally told one of my sculptors 'Do it more like Janet or Latoya, one of his sisters.' And that one did the trick. That's what he was looking for."

In 1986 Vinton was already working on a Claymation Christmas variety special to air on CBS for the holiday season, but with Raisin-mania ramping up, he wisely decided to hold a spot open to include the characters to sing a doo-wop version of Rudolph the Red-Nosed Reindeer (complete with a glowing-nosed Raisin). The special was a ratings hit, and with that the Raisins went from being just marketing mascots to fully-fledged entertainers and merchandising megastars.

Their first album went platinum just seven months after its release. Hardee's restaurants licensed the Raisins as figurines to sell with their kids meals, creating a cottage industry of collectables. By 1988 there were 300 officially licensed products. Everything from t-shirts and shoes to bed sheets, Halloween costumes, car sun visors, lunch boxes and even toilet paper. A cross-country tour took costumed Raisin performers from coast to coast. A Nintendo game had players helping the Raisins fight baddies while collecting music notes. Two Claymation Raisins TV specials were produced focusing on four distinct bandmates: A.C., Beebop, Red, and Stretch. The Emmy-winning Meet the Raisins was a mocumentary of their rise to fame while the latter, The California Raisins: Sold Out captured, almost satirically, their soon-to-be waning popularity. A 2-D Saturday morning cartoon attempted to keep the momentum going, but failed to capture the charm of the fully-fleshed out clay figures.

By the early 90s, The California Raisins were relegated to fad status, but their impact on advertising would continue to ripple. "The Raisins opened up a floodgate," Vinton recalls. "Everything had to be personified. Ultimately M&Ms dusted off their food characters and brought them into the 3-D world." They, along with the likes of Kellogg's Mini Wheats and Chips Ahoy! joined the anthroporphized food genre. Certainly M&Ms Red and Yellow characters could be considered the heirs apparent to the Raisins place in advertising, right down to the shoes and gloves. "The M&Ms are a terrific example of characters that completely embrace the concept that they will be eaten." Vinton was also behind that campaign, pioneering some early techniques in computer animation as well.

Today's nostalgia-crazed adults who came of age in the 80s and 90s may have a fond, if slowly fading memory of the Raisins, but their legacy as a cultural touchstone remains. In researching videos on YouTube, recent comments point to new generations finding the Raisins thanks to them getting name-checked in last year's hit film Straight Outta Compton, providing a hilarious moment in which N.W.A.'s future manager played by Paul Giamatti touts the Raisins as his clients in order to gain the trust of Ice Cube, Easy-E and Dr. Dre. (Though, that story is a bit more complicated than the movie made it seem.)

Vinton admits nothing else he's done has had the fervor of the Raisins. "I've often worried that's all I'm going to have on my tombstone, 'Here lies the Raisin King.' But it's quite wonderful to see something you've launched sitting in the Smithsonian. I couldn't be more proud of the work we did on it. It's a cool thing for sure."

And that was the whole point to begin with: Make raisins cool. I'll be honest, the whole time I was researching this story I found myself craving raisins and inevitably gave in. Pop culture phenomenon aside, using singing and dancing raisins to get people to eat more raisins still totally works. 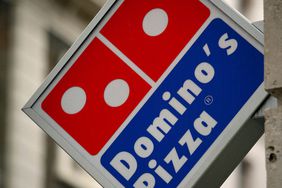 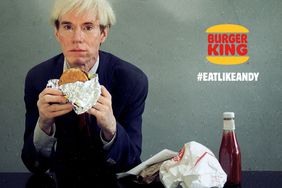 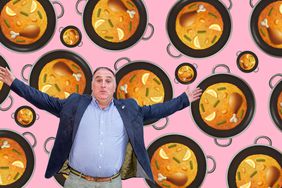 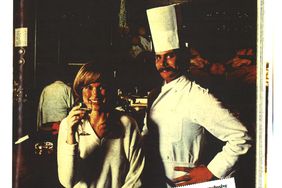