The Chicago brewery will once again be releasing eight versions of their barrel-aged stouts in November.

After nearly three decades, you'd think beer lovers might tire of Goose Island's Bourbon County Stout lineup announcements — an annual preview of which different variants will be released for the year. A lot has changed since that very first bourbon barrel-aged stout was released back in the '90s: The Chicago-based Goose Island Brewery was bought out by Anheuser-Busch, and in turn, these once hard-to-find beers are about as ubiquitous as 14-percent ABV barrel-aged stouts can be.

At the same time, though, having tasted these beers for many years, most of them are as good as ever. And by offering plenty of variants — returning to eight this year after dipping to seven in 2020 – drinkers at least have plenty to discuss. Not to mention that, in 2021, many of us can use a beer with some extra ABV kick. So here we go again: Let's dive into this year's Bourbon County Stout lineup and see what's coming when the beers are launched during their annual Black Friday release event this November.

As always, Goose Island will be releasing a version of their classic Bourbon County Stout — with the stated goal of upholding the integrity of creator Greg Hall's original recipe. If there's anything worth noting here, it's that Goose Island lists two possible ABVs — 14 percent and 14.4 percent. Last year, Goose Island released "secret" versions of Bourbon County Stout that were subtly marked to tease out which distilleries' barrels were used for specific batches. The two ABVs would seem to imply we'll see something similar again this year.

As far as the variants are concerned, first out of the blocks is Bourbon County Cherry Wood Stout — a 14.3 percent ABV brew billed as "something we've never done before." Goose Island says they "took fully-matured Bourbon County Stout and finished it with toasted fruitwood — specifically, honeycomb-shaped cherry wood chips. The versatility of the cherry wood and honeycomb shape allowed for maximum flavor extraction, revealing complex characteristics like red fruit, ripe cherry, and light toffee, which are not found in the original oak barrel itself."

Next up are three Bourbon County Stout varieties that are tied to specific distilleries. Reserve 150 Stout is a 15.6 percent ABV monster that's been "aged for one year in Old Forester's 150th Anniversary Bourbon Barrels." Double Barrel Toasted Barrel Stout is even stronger, 16 percent ABV, and "was aged for one year in Elijah Craig's Small Batch Bourbon Barrels, then another year in Elijah Craig Toasted Bourbon Barrels." And finally, the 15.4 percent ABV Reserve Blanton's Stout was aged "for 18 months in barrels from one of the world's most sought-after bourbons — Blanton's Original Single Barrel Bourbon."

The two variants after that tread a bit into "pastry stout" territory thanks to their use of additional ingredients. The 14.1 percent Bourbon County Classic Cola Stout is billed as a twist on a whiskey and Coke thanks to the addition of "lime and orange juice and zest, plus coriander, cassia bark, nutmeg, brown sugar, and vanilla." And then the Bourbon County Fourteen Stout (ABV TDB) is described as the return of a fan favorite. "We're paying homage to the popular Proprietor's 2014 recipe, but upping the rye ante [before layering in] cassia bark, cocoa nibs, panela sugar, and coconut water," the brewery explains.

"This year, Bourbon County Stout fans are sure to be excited by some of the more unique flavor profiles we created with innovative techniques, like Bourbon County Cherry Wood Stout," Keith Gabbett, Goose Island's senior innovation manager, said in the announcement. "We had a flavor profile in mind when we began creating this beer, and overtime researched and tested until we figured out the best way to develop it. We used honeycomb shaped wood chips, which allowed for greater surface area and extraction compared to traditional wood chips, helping us achieve more enhanced wood characteristics to the already impeccable beer. I have to say this beer is one of my favorite variants I've ever had, and not only because it is delicious, but because of all the creativity that went into its development." 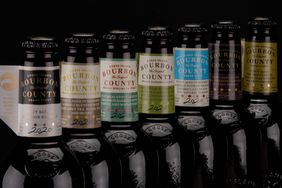 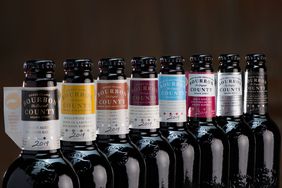 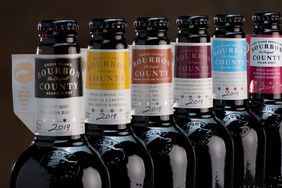 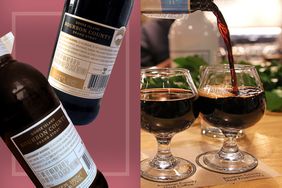 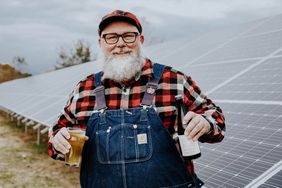 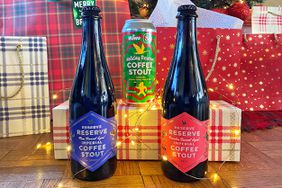 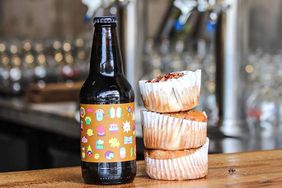