Use these apps and websites to locate Black-owned businesses for dining out or delivery.

Community ties are often strengthened in times of strife because we need to rely on one another to survive. For Black communities and Black culinarians in particular this has always been true. Black-owned restaurants are important pillars of our communities, providing edible connections to Black foodways and spaces for Black community members to convene. They also provide livelihoods for Black entrepreneurs and employees. Below are resources to find and support Black-owned restaurants in your community. Support them now and in the future.

Founded by David Cabello, Black and Mobile is the first delivery service that connects consumers with Black-owned restaurants. They are currently operating in Philadelphia, Atlanta, and Detroit.

eatOkra is a guide to Black-owned restaurants with over 1,700 listings across the country. Founders Anthony and Janique Edwards started the app in 2016 with the goal of making it easier for diners to find and support Black-owned businesses.

There are over 2,000 restaurants in Washington, D.C. and even more in nearby Maryland and Virginia (affectionately known as the DMV to locals). Dr. Erinn Tucker, a professor of hospitality at a local university, Andra “AJ" Johnson, a food entrepreneur, and Furard “Tate" Tate, a former Washington D.C. restaurateur, created DMV Black Restaurant Week to highlight and promote Black-owned businesses in the area. This year’s restaurant week will be November 8-15.

NYARW started in 2013 to highlight and celebrate African cuisine in New York City and has since grown into a two-week event with cooking demonstrations and events across Manhattan, Queens, the Bronx, and Brooklyn.

BRW collects information about Black Restaurant Weeks across the country, compiling them all onto one easy to follow page. Keep an eye out for your city to find upcoming dates.

The BBHC is committed to preserving Boston’s Black history by supporting Black-owned restaurants in the city including the famous Wally’s Jazz Cafe which was founded in 1947.

If you are committed to learning more about Black culinarians and how to support them, follow these accounts and support pop-ups and events, and share posts. 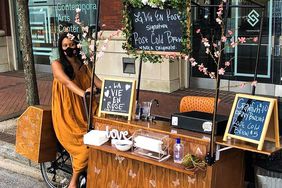 This Year, Black Restaurant Week May Be a Lifeline 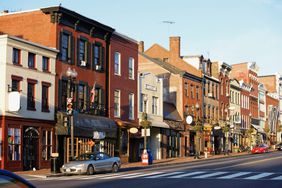