The latest wave of COVID-19 cases has resulted in 372,000 lost hospitality jobs according to a Bureau of Labor Statistics.

On Friday, President-elect Joe Biden expressed his support for two economic policies that would directly affect the restaurant industry: a $15 minimum wage and additional COVID-19 relief. The topics were touched on as Biden announced his final nominations for his incoming Cabinet—including the Secretary of Commerce, Secretary of Labor, Administrator of the Small Business Administration, and Deputy Commerce Secretary.

Though minimum wage affects everyone, the "Fight for $15" was largely spearheaded on behalf of workers in the fast food industry. Biden stated that, with his election and the results of the Georgia runoff, the time has come for federal action. "[I] hope that Democratic control of the House and Senate will raise the odds of prompt action on increasing the minimum wage," he said in his remarks. "People in both parties now recognize it's time to raise the minimum wage so hardworking people earn at least $15 an hour. No one who works 40 hours a week in America should still live below the poverty line. They are entitled to a minimum of $15 an hour."

In nominating Boston Mayor Marty Walsh as Secretary of Labor, Biden specifically mentioned his work "fighting for a $15 minimum wage and paid family leave" as a reason for the choice.

The nomination of Isabel Guzman for Administrator of the Small Business Administration is also especially relevant right now as the SBA is in charge of the much-discussed Paycheck Protection Program (PPP) which reopens for another round of loans today.

PPP loans have been a significant source of relief for restaurants, and Biden mentioned the need for further financial aid within the hospitality industry, citing especially discouraging data from the Bureau of Labor Statistics' December jobs report that showed this industry outpacing losses in other areas due to shutdowns from the newest wave of COVID-19 cases. "[The country as a whole] lost 140,000 jobs—the first negative jobs report since the height of the pandemic in the spring," Biden stated. "The hospitality industry, restaurants and bars, lost more than 372,000 jobs."

Biden explained that wants to go further than the current program once inaugurated. "As I've said before, the bipartisan COVID relief package passed in December is an important step, but just a downpayment. Next week, I will be laying out the groundwork for the next COVID economic relief package that meets this critical moment for our economy and country," he stated. "Restaurants, bars, and the hospitality industry have been slammed by the virus. We will direct relief to these businesses and others that have been hit hardest. We owe them that support to help them get through the other side of this crisis."

He also added that, with his planned package, he hopes to "correct the current Administration's failures to get relief to Main Street small businesses" and to insure that "Black, Latino, Asian, and Native American-owned small businesses, and women-owned businesses, finally [have] equal access to the resources needed to reopen and rebuild," while also making "a concerted effort to help small businesses in low-income communities, in big cities, small towns, and rural communities that have faced systemic barriers to relief."

Today's latest round of PPP loans is already working to address some of these flaws. "To promote access to capital for underserved communities, only community financial institutions will be able to make first draw PPP loans on Monday, January 11, and second draw PPP loans on Wednesday, January 13," Sean Kennedy, the National Restaurant Association's executive vice president of public affairs, said according to Nation's Restaurant News. "The PPP will open to all participating lenders shortly thereafter." 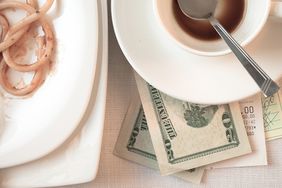