The company is already working on interplanetary brewing experiments.

No matter where you travel to in America, finding a Budweiser is rarely a problem. Now, Anheuser-Busch says that if you ever get the chance to travel to Mars, it wants you to be able to grab a Bud there too.

Over the weekend, America’s most iconic beer brand announced its “Bud on Mars” initiative during an event at South by Southwest, the annual conference and festivals of which Anheuser-Busch is a sponsor. During a panel discussion featuring retired astronaut Clayton Anderson and Patrick O'Neill, marketing and communications manager for the International Space Station U.S. National Laboratory at CASIS (the Center for the Advancement of Science in Space), participants discussed what it would take to create a beer suitable for drinking in space, as well as how experiments in space might benefit the beer world back on Earth in the nearer future.

“We know that travel to Mars might still be a decade or two away, but this is the first step in the journey in a long-term commitment by the company to make sure that when we get there and we achieve that American dream, Budweiser is the beer people will be toasting with and will be enjoying there on Mars,” Valerie Toothman, Anheuser-Busch's Vice President of Marketing Innovation, said according to CollectSPACE.

Though drinking beer in outer space may seem like a trivial matter, Anderson spoke of its potential importance to an astronaut’s psyche. “A successful mission will include many key components, including the need to provide crew members with commodities that remind them of home,” he was quoted as saying later via email. Though if you drink too many beers out in space, good luck trying to get a cab back home.

One of the biggest issues is how to contain a beer’s carbonation. Apparently, astronauts’ previous experiments with carbonated beverages in space have been tricky. “When you have a Budweiser and you pop the top [of the bottle], the pressure inside is higher than outside, so things will happen. As soon as the lid is popped on Earth, you let it ‘fizz’ and you enjoy. In space, it ‘pops,’ and then maybe you'd need to clean everything,” said Anderson. “That would be an interesting dilemma to solve for the engineers at Anheuser-Busch.” Building a Bud for Mars has a different set of challenges as well – things like dealing with a different level of gravity (which is only a third of what it is here on Earth) and getting your hands on beer’s biggest ingredient, water.

Anheuser-Busch hopes a partnership with CASIS, which would allow the company to experiment aboard the International Space Station, will help it get the ball rolling on this beer of the future. “We've already started to construct a set of experiments to take our barley malt up to the space station to understand what kind of effect those low Earth orbit conditions puts on [the grains],” Toothman reportedly said during the panel. “Then, bringing [the grains] back to Earth, planting them, growing, harvesting and testing them and understanding what kind of changes might happen.” Though O’Neill told CollectSPACE that “no flight projects have been selected at this point,” he did confirm that CASIS and Anheuser-Busch were looking at how they could work together. “It is the role of CASIS to seek out new and non-traditional research partners interested in leveraging our orbiting lab,” he said.

Of course, though this all makes for some fun discussion (and some good PR), the idea of having a Bud on Mars is probably a bit premature being that any sort of manned mission isn’t in humanity’s immediate future. Still, I bet those Mars rovers have got their fingers crossed. 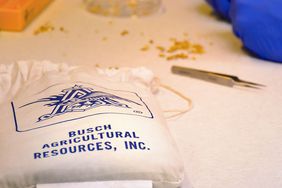 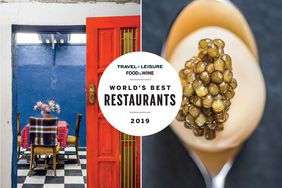 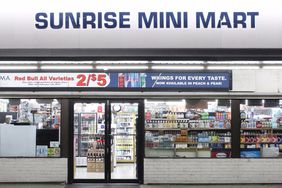