October is National Pasta Month, and Barilla has you covered for all four weeks.

At home, I eat a lot of pasta. It's easy to store, easy to cook, and, with a little bit of knowhow, tastes great. Barilla — one of the world's best known pasta producers — understands the allure of making this Italian staple at home, and now, in honor of National Pasta Month (a.k.a. October), they're making it even easier for pasta lovers to eat as much as they want with their new Pasta Season Pack.

Billed as a "one-of-a-kind pasta kit," the Season Pack "features an assortment of beloved pasta cuts, cooking accessories, and family-friendly recipes to ensure fans can celebrate their love of pasta throughout the fall and beyond." And if you're quick with a refresh button on your computer, you can get one absolutely free.

The massive box features four sections — one for each week in October — and contains eight different varieties of pasta, two for each week. They include boxes of obvious choices like spaghetti and penne, but also things like oven-ready lasagne and ditalini. The accessories include a wooden pasta spoon, a potholder, and — the one thing everyone needs — a Barilla-branded phone stand to help read all the recipes while you put all the aforementioned items to good use. Plus, Barilla also promises that the package will include tips for optimizing leftovers to make sure your month of pasta has minimal waste.

Barilla Pasta Season Packs will be doled out — first-come, first-serve, while supplies last — starting at 12 p.m. ET on September 26 exclusively at BarillaPastaSeason.com. A spokesperson says they have over 400 of the boxes ready to giveaway but expect them to move quickly. 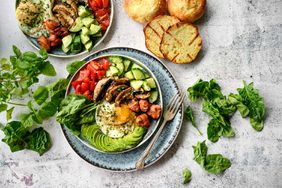 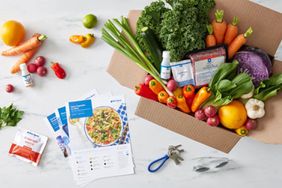 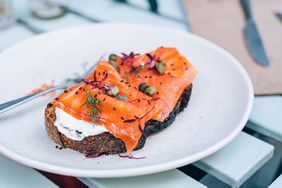 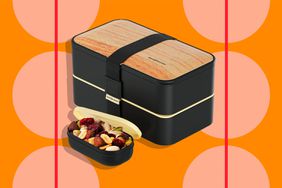