Ballast Point Was Once Valued at $1 Billion. It Just Sold for a 'Surprisingly Low' Amount

Chicago's Kings & Convicts purchased the brewery from Constellation Brands which paid $1 billion for it four years ago.

"Buy low; sell high." It's an obvious investing maxim but it bears repetition for a good reason: It goes against human nature. People tend to want to buy when the fervor is high, and increased demand increases prices. Meanwhile, prices drop once demand has waned. Buying low requires foresight, knowledge, and often a bit of luck.

Constellation Brands certainly didn't have much luck after buying the craft beer brand Ballast Point. (Whether they could have had better foresight and knowledge is up for discussion.) In 2015, Constellation — which was better known for wine before acquiring the popular Mexican beer brands Corona and Modelo — paid $1 billion for Ballast Point. Granted, the San Diego-based brewery was a beloved brand, but the Brewers Association only pegged it as the 17th largest brewery in the U.S.. That same year, Sierra Nevada made headlines for Bloomberg's assessment that it was a billion-dollar company — and it was the seventh largest brewer. So many pundits found Ballast Point's billion-dollar price tag unexpected (to say it politely).

Four years later comes equally unexpected news: Last week, Constellation announced plans to sell Ballast Point to a little-known brewery out of Chicago called Kings & Convicts. (The name stems from the founders, one with an English background and the other Australian.) On first blush, the sale seemed odd — like if the Philadelphia Phillies were sold to the Reading Fightin Phils — but as more details have continued to emerge, the move makes more sense.

The Chicago Tribune reports that the ownership group behind the tiny Kings & Convicts brewery actually has some big names — and some striking similarities to Constellation Brands: Kings & Convicts largest stakeholder is Richard Mahoney, chairman of the board at The Wine Group, owner of well-known brands like Benziger and Cupcake. Meanwhile, Kings & Convicts Cofounder Brendan Watters wasn't just some homebrewer looking to go pro; he's reportedly had successful business ventures in the past — specifically in the hotel and tech industry. So though the whole thing may have looked weird to the beer world, in the business world, it was business as usual.

"He's backed me and I've made him money — he's also made a lot of money elsewhere — but he's backed me since 2003," Watters said of Mahoney, according to the Tribune. "It was a handshake deal and he said, 'I'm with you again.'"

And once the funding was in place, they apparently got a very good deal. Neither side has been willing to discuss the price, but Brewbound reports Credit Suisse analyst Kaumil Gajrawala guessed it was under $100 million, a number that fits the description elsewhere that the price was "surprisingly low."

Of course, buying low isn't inherently good if the value is never high again, but Ballast Point might still have some life yet: The brand is apparently set to make about 200,000 barrels this year — well below its 431,000 peak in 2016, but still plenty of product. And sure, Ballast Point may not generate the kind of excitement it did back when Sculpin IPA was taking the world by storm, but they at least have a chance to become a sustainable national brand with the right guiding hand.

That said, Constellation probably never hoped that Ballast Point would become a losing venture for them. But at least Kings & Convicts can hang their hat on one thing: They are likely starting over $900 million less in the hole. 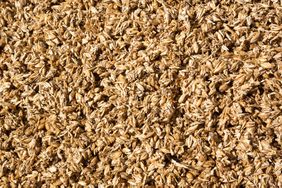 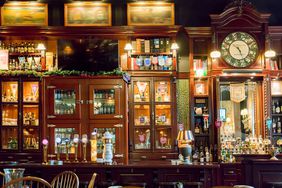