Though 65 years is impressive, it’s far from the oldest sourdough starter.

Yeast is already a living organism, so technically speaking, you didn’t give your sourdough starter “life.” But after days of nurturing a starter, allowing the yeast to multiply and grow into a bubbling creature, it certainly feels that way. So when your starter has a year or two under its belt, is it wrong to throw it a birthday party? A bakery in England sure doesn’t think so.

On Friday, Hobbs House Bakery—which has five locations around the Cotswolds area—published a celebratory Instagram post for its sourdough starter’s 65th birthday, featuring a birthday card, party hats, and even two cupcakes—one with a six candle and one with a five. “Our Sourdough Starter has turn an impressive 65 years old!” the bakery began. “Unlike most she will not be retiring at this age, she will be working for many more decades to come rising an infinite amount of magnificent loaves.”

Speaking with the Metro, Alice Drake—the baker’s marketing executive—further explained the importance of the starter, which originally was brought to England from Germany in 1955 and gifted to a baker at Hobbs House, which itself has been around for five generations dating back to the 1920s.

“We like to call our sourdough starter the hardest working employee in the bakery, such an important member of staff deserves a fitting celebration for her birthday each June,” Drake told the paper. “Over the last few weeks it has been great to see such a huge increase in demand for sourdough baking, we have shipped many hundreds of jars of our sourdough starter across the country to budding home bakers. We love the thought that many thousands of loaves have been enjoyed up and down the country all baked with our edible heritage, to become a custodian of this is priceless.”

Though 65 years is certainly impressive, it’s far from the oldest sourdough on record. Guinness World Records doesn’t appear to have a listing for oldest sourdough starter, but in 2001, Wyoming’s Casper Star-Tribune decided that a then-122-year-old starter kept alive by then-83-year-old Lucille Dumbrill was worthy of coverage—speculating that “maybe” hers deserved the record. Meanwhile, on a professional level, San Francisco’s Boudin Bakery claims it's been using the same sourdough starter since it opened in 1849, making the bakery's “mother dough” 171-years-young. But then again, last August, a man made headlines for baking a loaf of sourdough bread with what was believed to be 4,500-year-old Egyptian yeast collected from pottery in a museum—which is awe-inspiring, but also may leave you wondering why it’s so much work to keep your own starter alive!

Regardless, if you have gotten a sourdough starter going during the quarantine, maybe put a reminder in your calendar for its one-year anniversary. Even if you don’t throw it a birthday, at the very least, when it comes around next spring, you can take a moment to reflect on all the good times you had together. 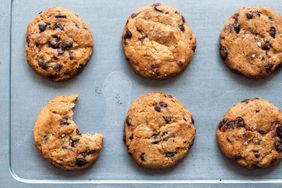 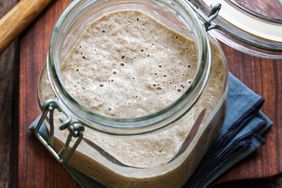 You Can Make Sourdough Starter With a Packet of Yeast 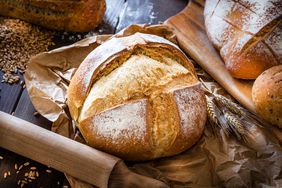