Auction House Says $400,000 Worth of Wine Was 'Cooked' During Shipment

Wine drinkers often worry about the terroir or the vintage, but don't overlook the importance of the shipping company.

Any serious wine lover has done it: Having purchased a coveted bottle, you quickly whisk it away to your wine fridge or cellar to be stored at the perfect temperature until drinking time. And yet, that wine had an entire long path—from France or Argentina or New Zealand—during which, let’s be honest, you have no idea what happened to it. Considering, it’s probably surprising we don’t hear more stories like this: A dissatisfied wine seller has led to a lawsuit against its shippers for “cooking”—that is to say destroying through heat exposure—about $400,000 worth of wine.

Last June, a shipment of 995 bottles of wine from Stockholm, Sweden, to wine retailer and auction house Zachys in New York apparently went horribly wrong. According to Wine Spectator, Zachys’ insurance provider, Federal Insurance Company, had filed a complaint in federal court alleging, “During the course of transportation, handling and/or storage by defendants … the shipment sustained damage, including but not limited to damage caused by exposure to excessive temperatures, which rendered the wine unfit for intended distribution, sale and end usage.” Federal Insurance is now reportedly trying to recoup $397,177 from the companies that handled the transport, Connoisseur International Distribution and Scandinavian Airlines System.

Zachys president Jeff Zacharia told the magazine that the wine was on route from an unnamed private cellar with plans to potentially sell the bottles at auction. He also said it wasn’t hard to determine something went wrong. “First we inspect the wines visually and do a temperature check,” which includes looking at temperature trackers across the entire route, he was quoted as saying. “When these were reviewed, we saw that the wine had been subjected to high levels of heat.”

As expected, Connoisseur International Distribution is not happy about the situation. “Zachys' insurer had only ever made contact once and never replied to the email sent back to them," company director Nick Terry told Wine Spectator. “We can advise that our lawyers and indeed insurers will defend any formal action robustly.”

For its part, Zachys said its insurer had already covered the losses; the lawsuit was Federal Insurance attempting to get compensation from the shippers.

However, for wine drinkers, this story offers another takeaway: Modern technology and logistics may make it easy to take wines from places like Australia or South Africa for granted, but you shouldn’t overlook the extent of their journey. The best terroir in the world doesn’t mean anything if a pallet of wine is left cooking on a tarmac. 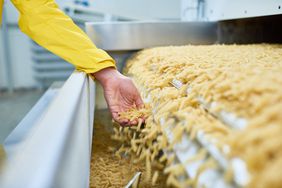