In May, the chef announced the business divorce from her longterm partner, who was accused of serial sexual misconduct in December.

After fifteen years of working together, April Bloomfield has officially severed business ties with restaurateur Ken Friedman, with whom she opened The Breslin, The Spotted Pig, John Dory Oyster Bar, and many other influential restaurants, according to a new Eater report. Friedman, who was accused of rampant sexual harassment in a New York Times report last December, has denied allegations of groping staffers, demanding sex, sending nude photos, and treating female staffers inappropriately.

In a new statement, Bloomfield says she has stepped away from The Spotted Pig, where many of the worst allegations against Friedman (and a few against Mario Batali) were said to have taken place. Moving forward, she will take "full leadership" at Hearth & Hound, the restaurant she recently opened with Friedman in L.A., as well as Tosca Café in San Francisco.

"Today, I am announcing the end of my partnership with Ken Friedman," Bloomfield said in a statement obtained by Eater. "There is much hard work ahead, and it begins with taking full leadership of the Hearth & Hound in Los Angeles and Tosca Cafe in San Francisco. In New York, I remain ​chef at the Breslin and will begin work on re-concepting the John Dory Oyster Bar. My complete focus now is on the welfare of and opportunity for my staff and building a company I can be proud of. This has been a painful time for many people, my past and present staff especially, and I will have more to say at some point in the near future. For now, I look forward to forging ahead."

In May, The Times reported that Empellón chef Alex Stupak would be taking over Salvation Taco, the midtown taqueria that Friedman and Bloomfield opened in 2012.

Shortly after Friedman's alleged misconduct became public, and several female employees alleged that Bloomfield had dismissed their concerns over Friedman's behavior, the chef released a statement on Twitter, writing, "I would never suggest anyone accept unprofessional treatment, and those who know me, know any such reference is insulting. I can say with confidence that I have never and will never condoned sexual harassment in the workplace." She also added that she "lectured and demanded" Friedman about his behavior, but acknowledges that her actions were not enough.

"In the two matters involving uninvited approaches that were brought to my attention over the years, I immediately referred both to our outside labor counsel and they were addressed internally," Bloomfield said in her statement to the Times. "I have spoken to Ken about professional boundaries and relied on him to uphold our policies. Nonetheless I feel we have let down our employees and for that I sincerely apologize." 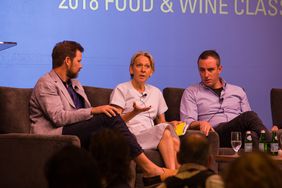 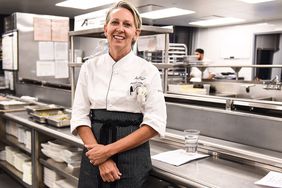 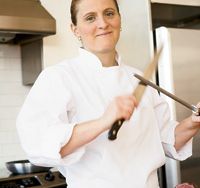