A forward-looking study suggests diners will move toward living in the moment, rather than capturing those moments for social media.

When Boston Chops was preparing to open a second location in downtown Boston, its owners didn't just meet with interior designers and architects, but also with a number of social media influencers. The restaurant was about to drop $10,000 on what it called the country's first "Instagram table," and they wanted to ensure that they got it right.

"Social media is a big part of the dining scene today and [...] it is imperative that photos of restaurant interior and food are beautiful when they are posted online by influencers," Chris Coombs said at the time. "It is a great marketing tool for people to see our food, décor and cocktails and hopefully entice them to check it out for themselves."

If that just made your eyes roll all the way out of their sockets, then you're in luck: this just might be the year that restaurants stop trying to cater to everyone with an iPhone and an Instagram account. In fact, one data analytics company thinks that not being 'gram-friendly could be one of the things that defines this year.

J. Walter Thompson Intelligence has released its annual "Future 100" report, which attempts to determine what's in store for 2020, forecasting 100 emerging trends in 10 different sectors, including travel, tech and innovation, and food and drink.

In the latter category, the agency suggests that we're in for an increase in 'sober bars,' a continued focus on decreasing food and packaging waste, and a newfound enthusiasm for eating watermelon seeds. It has also predicted that restaurants could start rolling out more monochrome 'anti-Instagram interiors.'

"These designs signal the end of a flashy 'look at me' era that canonized experiences and spaces crafted expressly for sharing on social media," the report read. "Going forward, consumers will respond to spaces that encourage them to live in the moment, rather than experiencing the world through the lens of their phone."

The agency cited the interior of Lucky Cat, Gordon Ramsay's Asian-inspired restaurant, as an example. The London eatery has dark parquet wood floors, has "lantern-like" overhead lights and wall sconces, and has even given the ceiling a coat of black paint, too.

"We tried to work with materials and colours that are subtle and classic, not too shouty—I worry about short-term tactics, everything ends up looking the same," designer Afroditi Krassa told Dezeen last July. "How many times do you visit a place because it looks great in a picture but disappoints in real life?" (Ironically, yes, Lucky Cat does photograph both its food and its interiors for its own Instagram account).

If the Future 100 is right, it will be interesting to see how deterring Instagrammers—or at least not actively trying to lure them in—could affect a restaurant's fortunes. The social media platform has been cited as a go-to resource for some customers who would rather scroll through visuals that capture a restaurant's vibe than read a review on a more traditional website. "Instagram is without a doubt my go-to platform for inspiration," catering company owner Alex Head told The Telegraph in 2018. "The peer-to-peer recommendations shared by friends and influencers is an instant motivator for making me visit a restaurant. It provides an honest overview that I can access via an app I use daily."

Instagram's geotagging feature has also been mentioned by travelers as a helpful way of finding off-the-beaten-path restaurants, giving them an excuse to get further from the more tourist-centric spots (and possibly giving them some photo subjects that haven't been hashtagged to death).

Perhaps no better restaurant illustrates the power of the 'gram than Panna II Garden, an Indian restaurant in New York's East Village that is clinging to a three-star review on Yelp, despite complaints about high prices, the unyielding volume of its dining area, and what some say is mediocre food. ("What you get on your plate almost feels like a prank," one recent visitor wrote).

But what Panna II Garden lacks in flavor, it more than makes up for by looking freaking amazing on Instagram, thanks to a low-hanging artificial 'ceiling' made from Christmas lights and illuminated plastic chili peppers. ("This is a place you come in order to have a good time and take cute pictures for Instagram, not necessarily for the food," according to another Yelper.)

Instead of actively trying to discourage Instagrammers, or sacrificing food quality for in-app photographers, maybe 2020 will just be a year when restaurants find that balance between appealing to @-replies, and satisfying the customers who aren't holding their phone at an awkward angle above their plates.

At the very least, maybe we can all agree that a $10,000 Instagram table, in retrospect, sounds ridiculous. 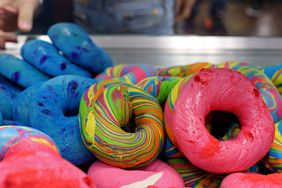 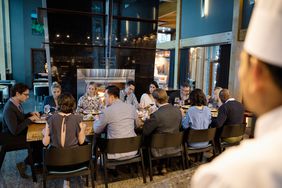 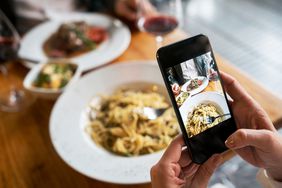 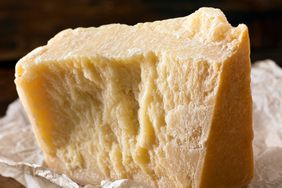 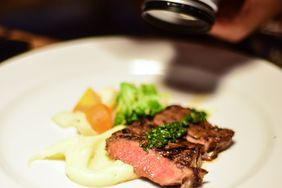