"I really enjoyed watching the Golden Globes just because of the terror," says the Parts Unknown host of the current cultural reckoning

Over the past few months, as several high-profile sexual misconduct scandals have shaken the restaurant industry, Anthony Bourdain has repeatedly spoken out against the toxicity of a culture that has made routine, seemingly systemic harassment and assault possible. Part of this reckoning, for Bourdain, has involved considering his own role in glorifying elements of the restaurant world's underbelly in his memoir, Kitchen Confidential. "It has been dismissed many times by women in this industry and rightly so as the bro bible," Bourdain said in a recent speech to culinary school grads. "If there's a harasser in the kitchen who's a jerk at work, chances are he's got my book at his station, and I am going to have to live with that."

At the 10th Annual Cayman Cookout at the Ritz-Carlton Grand Cayman, the Parts Unknown host spoke to Food & Wine about the current cultural reckoning with sexual misconduct, in the food industry and elsewhere. Bourdain has been heartened by one shift in particular, since "growing better men," which he suggests as a good start, will take some time.

"What I think is changing, and the biggest change that we're going to see, is that men actually have to think about the consequences of what they see, about what they saw and let slide," he says. "It's not just what you do. It's: 'Did I act when I saw something?' 'Did I report it?' 'Was I person people could talk to?' 'Am I part of the problem by doing nothing?'"

In this current moment, there seem to be more public consequences for silence, as well as for working for what Bourdain calls "bad regimes." The nervous question that people in the restaurant industry must increasingly ask themselves—"How will this look?" —has also disrupted Hollywood and other industries where large-scale sexual misconduct has been exposed.

"I really enjoyed watching the Golden Globes just because of the terror," Bourdain says. "It's a room filled with uncomfortable, terrified men and women who were really struggling to … 'How do I position myself here? How will this look?' I'm looking forward to the Oscars for that total discomfort and shame. I'm really digging it."

Some people may not ask themselves these questions out of any devotion to The Right Thing or safety or feminism, but, at the very least, the power of self-interest is persuasive. The social cost of not asking these questions has heightened.

"While it might be too much to ask people to change their hearts and minds, people—if only out of self-interest—will be forced to think about something they saw and think, Well, that's not right. I'm not going to be a German shopkeeper and let things go," Bourdain says. "I will be called to account for my silence. I think that's a change."

In a November essay for Communal Table, pastry chef Dana Cree argues that some of the most dangerous silence is that which happens after demeaning, marginalizing jokes that have become so pervasive in kitchens.

"These 'jokes' are grooming us to become compliant victims and silent observers from the day we walk into professional kitchens," Cree writes. "In this culture, it's only a matter of time before one of the victims or observers becomes an abuser."

That same month, Bourdain penned a Medium essay, On Reacting to Bad News, where he wrote that he would "not waste anybody's time with expressions of shock, surprise or personal upset" at the news that Mario Batali and Ken Friedman allegedly harassed women in their restaurants, according to New York Times reports. He also urged men to not only be better listeners, but to be the kind of men women feel comfortable confiding in. The kind of men who won't just let things go.

"Right now, nothing else matters but women's stories of what it's like in the industry I have loved and celebrated for nearly 30 years ," he wrote, "And our willingness, as human beings, citizens, men and women alike, to hear them out, fully, and in a way that other women can feel secure enough, and have faith enough that they, too, can tell their stories." 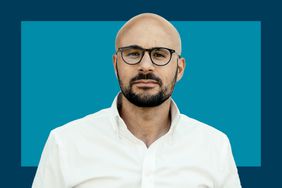 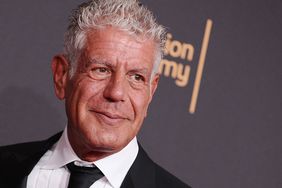 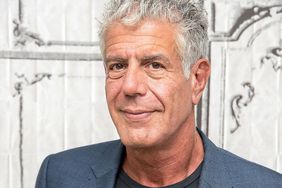 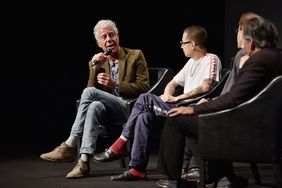