The winners of F&W's 13th annual American Wine Awards, chosen from a field of nominees at blind tastings, celebrate the diversity of America's West Coast vineyards.

Most U.S. wine comes from California, and the state delivered 5 winners for less than $20—two from the 2007 vintage, which was stellar throughout most of the state. Specifically, two winning bottles came from Sonoma County, a powerhouse region that produces exceptional Chardonnay, Pinot Noir and Zinafandel, and consistently gives good value. While all of these wines are well worth a search, most—like Columbia Crest's Merlot from Washington state—are widely available. The quality and price point of these award-winning bottles make them an ideal choice for Thanksgiving, dinner parties or gift giving.

Winemaker Kristin Belair innovates with different winemaking methods on different parcels of grapes, allowing her, for instance, to emphasize the grapefruity character of a specific lot. The Napa winery itself is innovative, too: All energy needed for production, cooling and bottling is solar-generated.

In 2008, bad weather in California's Edna Valley drastically cut the amount of fruit from Wolff Vineyard but packed flavor into the grapes. Jeffrey Patterson makes this wine exactly the same way he makes Mount Eden's pricier estate Chardonnays, producing a white with vivid flavors of pear, peach and lime.

Elk Cove benefited from the fine 2008 vintage in Oregon's Willamette Valley, where it's been producing top Pinot Noir and Pinot Gris since the 1970s. A cool summer and sunny fall meant ideal grapes, and winemaker Adam Campbell accented their brightness by fermenting this lemon-zesty wine in stainless steel tanks.

This Oregon red offers the lively, aromatic appeal of Willamette Valley Pinot Noirs costing twice as much. An affordable secondary brand made by the Willamette Valley's Adelsheim Vineyard, one of the pioneering producers of Oregon Pinot Noir, this Wallace Brook shows the ripeness of the great 2008 vintage.

Winemaker Carroll Kemp started Red Car back in 2000 in his Los Angeles driveway with two barrels of Syrah. His output has grown since then, but Syrah remains the focus, as in this highly polished red's array of classic, cool-climate Syrah flavors: plum, dark berries and black pepper.

Michael Martini's winemaking team used vineyards around the county for a straightforward red that also has considerable finesse. That deft touch isn't surprising, as Michael himself has been making wine for more than 30 years, and his family for more than 100.

Winemaker of the Year

Importers of the Year 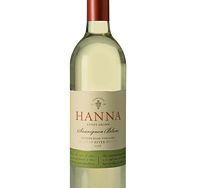 Best Wines $20 and Under