As allegations of sexual misconduct continue to shake the restaurant industry, we've reached an unprecedented juncture. Two new articles take a look at how the industry might move forward.

There's no question that 2017 was a landmark year for accountability, at least in restaurant kitchens. In October, famed New Orleans chef John Besh stepped down from his restaurant group after being accused of sexual harassment—and fostering a culture that condoned it—by several current and former employees. In December, the New York Times detailed the alleged sexual misconduct of prolific restaurateur Ken Friedman just one day after Eater published a story on Mario Batali's alleged decades-long behavior of sexually harassing women.

Months later, several more stories have emerged of rampant sexual misconduct in kitchens—a lawsuit was filed against Top Chef alum Mike Isabella in March, with allegations of sexism and unwanted sexual behavior that he has denied—and, undoubtedly, more stories will emerge. As chefs and food industry leaders who've abused their power face consequences in ways they, historically, have never, everyone is asking the question: What happens next? Do these chefs go away forever?

A surprising New York Times story published on Monday details how one chef is positioning himself in the aftermath of scandal. In the article "Sidelined by Scandal, Mario Batali Is Eyeing His Second Act," Kim Severson reports that Mario Batali met with several people in February to figure out how he could bounce back, if at all. (After the allegations against him went public, he was removed from "The Chew," the Food Network canceled plans to remake "Molto Mario," and he backed down from daily operations in the Batali & Bastianich Hospitality Group, which oversee restaurants such as Babbo, Del Posto, Otto and countless more.)

Batali, who declined to be interviewed for the story, apparently "told a colleague that he is simply trying to learn to be the wallpaper in the room and not the room itself," the Times reports.

"Retire and count yourself lucky," said Anthony Bourdain in the piece. "I say that without malice, or without much malice. I am not forgiving. I can't get past it. I just cannot and that's me, someone who really admired him and thought the world of him." Christine Muhlke, a writer and consultant who got coffee with Batali in February, told the Times something similar: "Leave the field, and let us do the work needed to build something better."

Some people took issue with another major outlet shining a somewhat redemptive spotlight on Batali, rather than on deserving women in the industry. James Beard Award-nominated chef Amanda Cohen of NYC's Dirt Candy, who has written on the issue (including in this excellent Esquire piece), expressed her frustration.

Another new article tackles a related subject—how to proceed after chefs and restaurateurs behave badly—from a different angle: How should the media handle restaurants owned by men who have been implicated in sexual harassment investigations? Can a restaurant reviewer, in good conscience, recommend a restaurant where the man at its very top has fostered a culture of abuse, if not outright abusing employees himself?

"As we approach the Chronicle's annual Top 100 list, four Chronicle voices — Michael Bauer, Paolo Lucchesi, Esther Mobley and Jonathan Kauffman — share their opinions on whether the Chronicle should recommend restaurants owned by men who have been implicated in sexual harassment investigations," begins the piece "Faded Luster" in the San Francisco Chronicle. (We wonder if more of these voices could be women.)

Bauer asks the question, "If the restaurant is excellent, am I doing a disservice to its other employees by refusing to review it or removing it from the Top 100?" He ultimately concludes, as the Philadelphia Inquirer critic Craig Laban (controversially) did as well, that the dining experience is all he can evaluate: "But as a critic, I come back to what I understand best: Judging the quality of the dining experience as best I can. When I wear my critic's hat I'm not evaluating what happens behind the kitchen door. I'm writing about what comes out that door."

Paolo Lucchesi, the Chronicle's food editor, takes a more decisive stand — and one that sides with the victims of these horrifying abuses of power. "If these restaurants continue to be lionized without thought, then nothing changes and we remain complicit." Esther Mobley, a Chronicle wine and spirits writers, agrees, pointing out that ignoring abuse when evaluating restaurants and bars does a disservice to readers.

Mobley writes: "It's about service because our readers live in a world in which context matters. They look to critics to provide many pieces of information besides the quality of the final product, whether it's a bottle of wine, a meal at a restaurant or a vegetable in the grocery store. If we draw attention to the fact that a business is locally owned, uses fair-trade products or favors organic produce, we have no excuse for not drawing attention to how the business treats its workers."

The entire conversation, while necessary, can feel tiresome. Too often, the focus on bad actors distracts from the voices and talents of so many women in the industry who are (and have been) doing amazing things while managing not to sexually harass anyone. In her most recent newsletter, Eater editor-in-chief Amanda Kludt offers a breath of fresh air, highlighting women who are building resources to make the food industry a better, safer, fairer place, citing databases from all around the world that connect and showcase female chefs and restaurant owners (with many more in the works.) 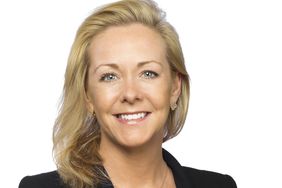