Learn From Barbecue Legend Aaron Franklin In His New MasterClass

Just in time for National Barbecue Day, this 16-lesson course teaches you everything you need to know about Central Texas barbecue.

With summer approaching, now's the time to brush up on your barbecue skills—and who better to learn from than Aaron Franklin? (Yes, of that Franklin Barbecue in Austin.) The James Beard Award-winning pitmaster's brisket is so good, it inspires hours-long lines outside the restaurant, which, in turn, birthed the necessity of a trailer to ply guests with coffee and breakfast tacos while they wait. Now, you can learn the secrets behind this legendary barbecue thanks to MasterClass, which just released a 16-lesson course on Central Texas-style barbecue on Thursday, taught by Franklin himself. (May 16 also happens to be National Barbecue Day, in case you were wondering.)

Franklin told Food & Wine he likes MasterClass because it provides the format and time to give detailed, informative lessons; his own course is structured like a journey, where you'll learn about everything from fire quality and interior vs. exterior cooking to rendering fat. He says there aren't really any recipes, and the course is more about "the feel and the philosophy behind it, and the theory of cooking barbecue." However, you will see how to smoke pork butt, pork ribs, and of course, the mother of all Central Texas Barbecue—brisket. There's no one secret to perfect barbecue, but Franklin did say that you shouldn't rush it. Brisket, after all, takes 14 hours to cook, and after it cooks, you still need to let it rest before you can eat it, he says.

Other MasterClass culinary offerings include two sets of lessons from Gordon Ramsay (the first series focuses on techniques, while the second focuses on "13 restaurant-quality recipes"); Thomas Keller teaches viewers how to select the best grades and cuts of meat, build meals for the holidays, and make some of his most signature dishes at home. (Hello, pan-roasted Côte de Boeuf.) And if you've ever wondered how to make Alice Waters' famous "egg on a spoon" at home, there's a MasterClass for that too—granted, you'll need your own open-flame hearth and hand-forged iron spoon, but the ingredients themselves are pretty simple, at least.

Franklin's MasterClass launches on May 16—you can enroll for a one-time purchase of $90, or get unlimited access to all MasterClass courses for $180 per year. Find more information on the MasterClass site. 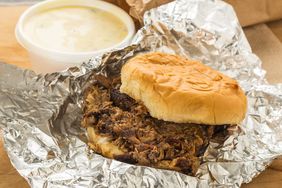 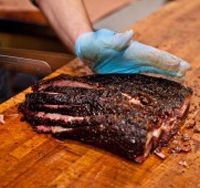 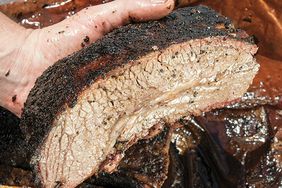 What Wine Goes Best with Barbecue?