7 Things You Never Knew About Rice

Informative facts about the go-to grain.

You probably haven't given rice much thought. It's just a cooking staple with a permanent spot in your pantry, right? Wrong: Rice has an incredibly long history (with documentation of people eating it as early as 2500 B.C.), and some of its details are fascinating. Here, seven facts you probably didn't know about rice.

Rice Is Everything
A Guide to Rice Types Around the World
Was this page helpful?
Thanks for your feedback!
Tell us why!
Related Articles 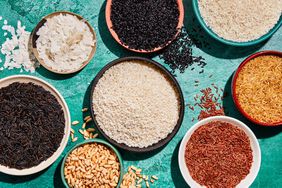