While most of us are still fretting getting ready for Thanksgiving, the maniacs at Mtn Dew are looking past both Turkey Day and Christmas with an eye towards 2023. Yes, after releasing and re-releasing more varieties this year than I can literally count this year (it's well over a dozen), the soda brand has apparently had enough of 2022 after announcing their holiday-inspired, fruitcake-flavored Fruit Quake variety (checks notes) last week.

Originally launched for Halloween 2004, Pitch Black — which is billed as offering "a twist of citrus and dark fruit flavor" — has one of the most complicated histories in Mtn Dew lore. According to the Mtn Dew Fandom site — which despite being a wiki, I trust more than any other source on the web —  Pitch Black's initial limited-time launch was followed by an LTO sequel, Pitch Black II, in 2005. The flavor also made appearances in 2011 and 2015 before winning Dewcision 2016 where Pitch Black was voted back into permanent status — yet somehow only lasted until 2019. It's been officially discontinued since then, but apparently can sometimes be found in soda fountain form (not to mention that the flavor has also lived on in some international markets).

All of this meddling with fans' emotions has created a devoted Pitch Black sect, and so rumors of Pitch Black's return in 2023 were already swirling earlier this year. For instance, the site ComicBook.com ran a story that "Mtn Dew Pitch Black Might Be Making a Comeback" back in August.

So with today's announcement, Mtn Dew admitted, "The rumblings are true!" The brand says that due to "the overwhelming requests from Dew Nation," Pitch Black will be coming back for a limited time starting this coming January.

Mtn Dew says fans can expect to see all of these Mtn Dew Pitch Black drinks nationwide when they roll out in January. Regular and Zero Sugar are being sold in both bottles and cans while Energy appears to be available in cans only. 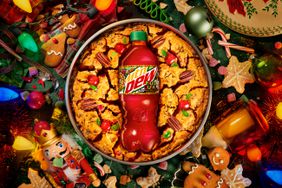 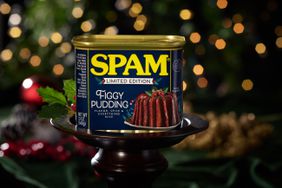 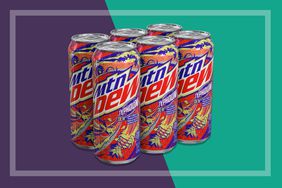