An artisanal butcher explains why his favorite cuts from the chuck are just as delicious as pricey premium steaks.

If you've never heard of beef cuts like teres major, much less bought and cooked them, there are excellent reasons to seek them out: They are now available at artisanal butcher shops as alternatives to the most expensive cuts. Only a skilled butcher working with whole animals can remove these cuts, a task industrial meat cutters almost never undertake. "A butcher like me can't sell just tenderloins; There are only two of those per animal," says Jeremy Stanton, owner of The Meat Market in Great Barrington, Massachusetts. Stanton is a fan of the chuck, or shoulder portion. "Chuck has the stigma of being tough," he says, adding that supermarkets often sell it ground or as stew meat. "But it has some very flavorful steaks if you take the time to cut them out carefully—that's where the real artistry of being a butcher begins." Here, Stanton shares recipes for three cuts from the chuck: tenderloin-like teres major; grill-friendly flat iron steak; and chuck eye roast, which comes from the same muscle as rib eye.

The Best Cuts of Beef: Learning to Love Chuck

"The chuck has a lot of connective tissue, and many different muscle groups that are all intertwined," says Stanton. For the most tenderness, he suggests asking the butcher for chuck that's been dry-aged for at least 21 days.

"I'm surprised by how many people ask for odd bits; it's a pleasure when customers buy cuts I didn't think we'd sell," Stanton says.

This ultra-lean steak, sometimes referred to as the mock tender, sits on the shoulder blade. Its similarity to the tenderloin makes it a great substitute for filet mignon.

This 2- to 4-pound roast comes from the chuck portion of the rib eye muscle. Ask the butcher to trim connective tissue and tie the meat for uniform cooking.

Great for marinating and grilling, the flat iron sits on the shoulder blade next to the teres major—in fact, it's known as a blade steak when sliced against the grain.

For bespoke cuts of meat and cooking advice. thelocalbutchershop.com.

Known for its butchering classes, this upstate company has a new Park Slope, Brooklyn, location. fleishers.com. 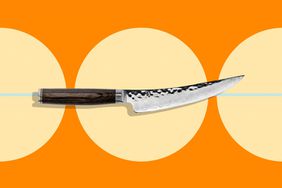 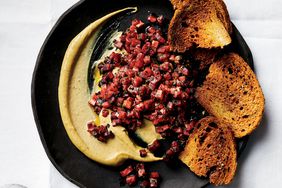