It's Official: Massimo Bottura Is Returning to the US With a Brand-New Restaurant

Miami, it's your time to shine.

It’s official: Massimo Bottura is coming back to the U.S.

Bottura, the chef and owner of Osteria Francescana in Italy, shared with Resy, he’s planning to bring his successful Torno Subito brand to the Arts District in Miami and is slated to open its doors sometime in early 2023.

“I’m going to bring an idea that I had in mind that I think matches perfectly with Miami,” Bottura said. “It’s about ‘La Dolce Vita,’ Fellini, the circus, ‘8½.’ And it’s about color, about being playful … In the Arts District, we’re going to create this rooftop circus called Torno Subito.”

According to Eater, the restaurant will be located on the rooftop of Julia & Henry’s, a seven-story entertainment and culinary space, which also provides spectacular views of the water. Bottura additionally noted, he plans to bring members from his team in Italy and Dubai with him to open the restaurant to ensure it meets his standards of excellence, which did, after all, earn the restaurant three Michelin stars and the honor of being named the Best Restaurant in the World. Twice.

According to UAE Style Magazine, Bernardo Paladini, Torno Subito’s current chef de cuisine in Dubai, is making the journey to Miami to oversee this new location. “What an incredible journey it has been at Torno Subito Dubai, I feel so much love. As our leader, Massimo Bottura, always says, 'we should project into the future the best of our past. So now it’s time for the next chapter," Paladini said. "I feel so blessed as a bright future is being built already, and it is amazing to see our family continue to grow, as Alessio joins the incredible team in Dubai. I’ll see you in Miami."

As for the story behind the name Torno Subito, Bottura said, it translates to “I’ll be back soon," but also comes with special meaning.

“Torno Subito is the name of the restaurant because I will come [to Miami], we will open, and I will say hi, and then … I’m going back to Italy — but I’ll be back soon,” he said.

This won't be Buttura’s first restaurant in the U.S. In 2020, he also opened Gucci Osteria da Massimo Bottura Beverly Hills, another gorgeous rooftop dining experience in Los Angeles. There, guests can enjoy tastes of both Los Angeles and Italy with plates like grilled artichokes with quail egg, almond cream, Beemster cheese, and pea shoots, alongside a classic truffle risotto, made with mushrooms and Alba white truffle. No word yet on what guests will enjoy in Miami, but we feel confident in saying it’s likely going to be downright delicious. 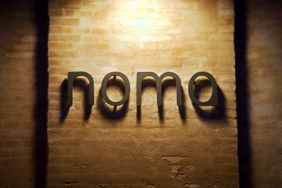